• Alfa Romeo launches the 4C in South Africa, the most expensive sports car that the brand has ever released in this country.

• It follows on from the 8C concept which went on sale globally about five years ago, with 500 produced in total, but none sold locally.

• An 8C did make it to our shores very briefly, and used at the Topgear Festival in 2010, before being shipped back to Europe.

• So, the 4C is here, it’s a mid-mounted engine car, with a similar look and feel to a Lotus Exige.

• It’s powered by a 1.8L turbocharged engine, the same unit that powers the flagship Giulietta model. It produces 177kW and 350Nm of torque.

• While the power seems lower than expected, the 4C weighs less than 900kg thanks to aluminium and carbon fibre construction; hence it has a ridiculously high power-to-weight ratio, which enables it to sprint from 0-100kph in about 4.5 seconds.

• That places it firmly in the territory of Porsche Cayman or Bmw M3. • Sadly, only 20 will be brought in this year. SA is a low demand market and the head-honchos in Europe don’t see fit to supply us with more units. 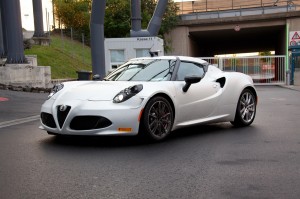 I owe the new Mini an apology. When we first met, on a glitzy motor show stage last year, I accused it of being just another slightly swelled-up jelly-mould of the same old Mini we’ve known since its reincarnation at the turn of the century. More looney-tunes features. More overly used stylistic references to the original. More cliché.

But then, first impressions made at motor shows can be skewed. If you’re lucky you can open the door and fiddle with some bits and bobs, but you’re certainly not going to get a feel for everyday characteristics, and test drives are unfortunately totally out of the question. The cover in question is in fact all new even if it doesn’t really look like it. BMW, which owns the Mini marque (you knew that), has stuck with the retro recipe that’s worked for the past two generations, and besides an increase in height, length, width and wheelbase, the new one still plays on those trademark bug-eye headlights, tapering side window lines and hovering roof panel. Not that I have any constructive design criticism… it’s just that Mini’s vogue clientele probably won’t get the recognition they might be hoping for in their new wheels.

They’ll be happier behind the wheel though, or at least I was. Here at Motoring we’ve been blessed with Minis of different guises for extended test periods over the years, and during those tests there are things I’ve grown to dislike. Namely, tiny dash-mounted switchgear that even my normal-sized fingers fumble with, centrally-mounted grandfather clock speedos that are just a little too childish in my opinion, and harsh ride qualities often excused in the name of “kart-like handling”. I hate that catch phrase. Anyone who’s driven a kart will know it would suck to drive every day. 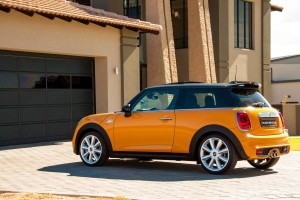 And it seems I’m not the only one with these issues because they’ve all been sorted in the new model. Window switches are now where they should be – on the door. The speedometer is now where it should be – on top of the steering wheel. And ride comfort (I’m speaking only for the basic Mini Cooper and not the sportier Cooper S) is leagues better now.

Our test car came with cushiony 195/55 16” tyres, and I’m very impressed with how the car handles bumps and curves equally well, without any fancy electronic suspension adjustability. The steering is sharp and direct like it should be in a Mini and it handles playfully, but thankfully not at the expense of comfort like in past generations. 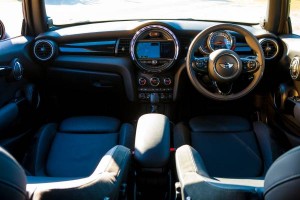 Mini’s cabins have always been unique, to say the least, with fusions of modern fixtures and old-school charm and this one’s better than ever. It’s an inviting place with quality materials draped on every surface, and I especially like the dazzling multi-colour lightshow performed around the big central display. Every auto start/stop sees a swirl of green backlight, and temperature settings are reflected with warm reds and cool blues around its perimeter. Even the ambient interior lighting colour can be set to suit your mood.

We did notice a lack of storage space, though, with only a tiny console between the seats… but hey, it is a Mini after all.

It’s bigger than ever but it still lives up to its name in comparison to average Golf-sized hatches. If practicality is ultimately what you’re after, the Mini (at least this three-door version) is probably not for you. Boot space is quoted at 211-litres (51 more than before), but I was still a little shocked with how small it seemed upon inspection. Same goes for the back seats, which will take two adult Hobbits in only moderate comfort. 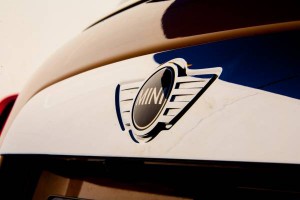 The new Cooper gets power from a 1.5L three-cylinder turbo which isn’t at all as underwhelming as it sounds. It’s rated at 100kW and 230Nm, but it’s the second figure that’s important here. It may be a bit laggy on pulloffs, but once past that power delivery hole it revs confidently and casually across huge gear ratios with an easy-going nature. It’s actually quite turbodiesel-esque with a low rev limit and a wide, torquey powerband.

We don’t normally performance test cars with so little power, but for interest’s sake we strapped our Vbox equipment in and recorded best 0-100kph and quarter-mile times of 8.8 and 16.6 seconds respectively, which surprisingly makes this Cooper quicker than Chevy’s Sonic RS and Suzuki’s Swift Sport at altitude. But fuel consumption, at an average of 8.1l/100km, was a little disappointing considering the small displacement, to be honest.

The new Mini Cooper starts at R296 000, and our test car came in at over R330 000 with options like park-distance control, leather multifunction steering wheel and racing stripes among other things. If you look at the hatch market on a scale ranging from fun and quirky to staid and practical, the Mini, just as it always has, ranks quite far towards the former. But it’s a formula that’s proven to work and it still does. Only it’s better now. Much better, probably the best actually!

END_OF_DOCUMENT_TOKEN_TO_BE_REPLACED 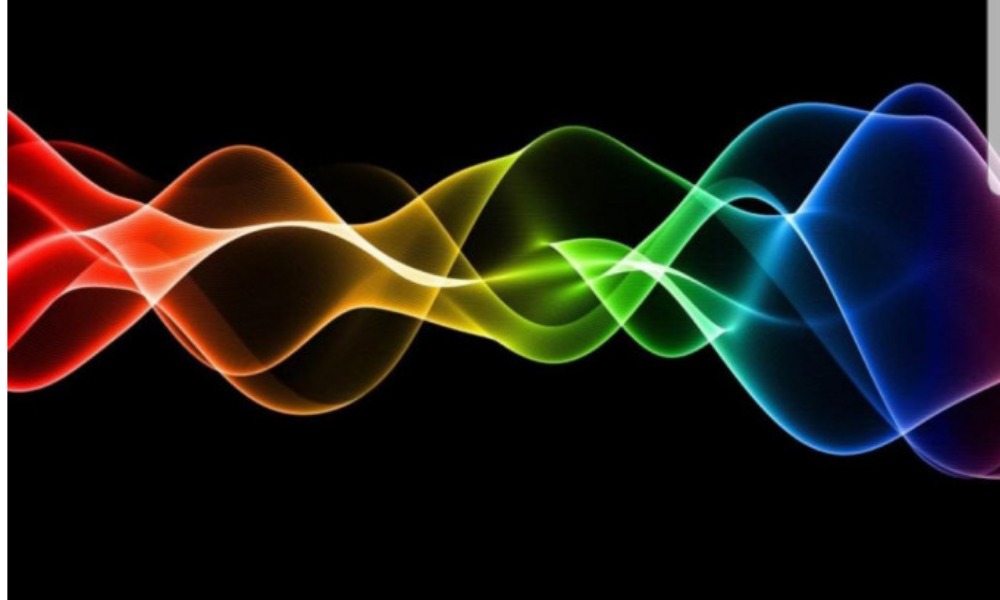 What is Kinesiology and how can your body benefit? |#LTC |#KevinBritz | Callie Knickelbein |#Podcast |#ebizradio 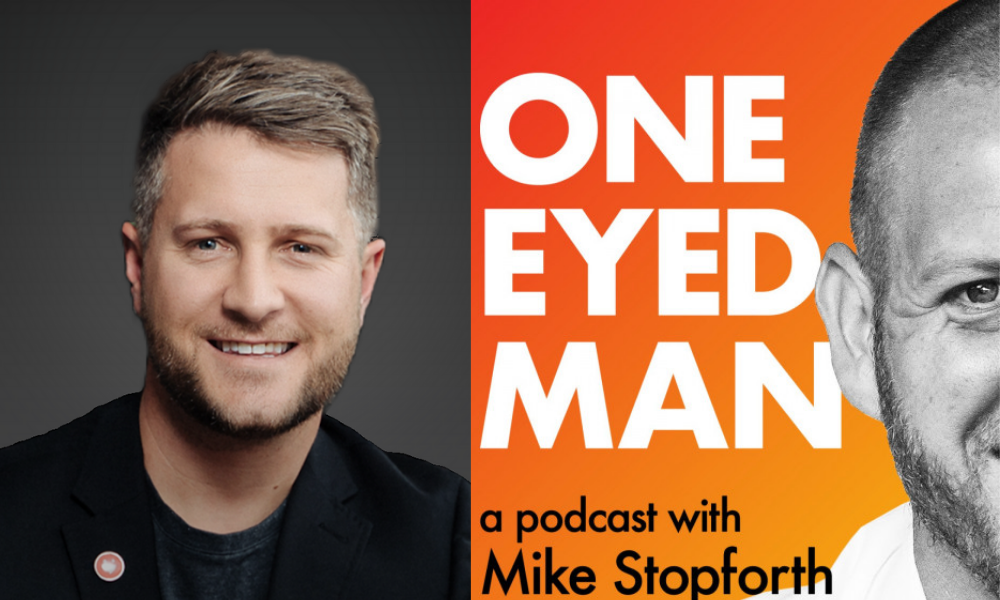 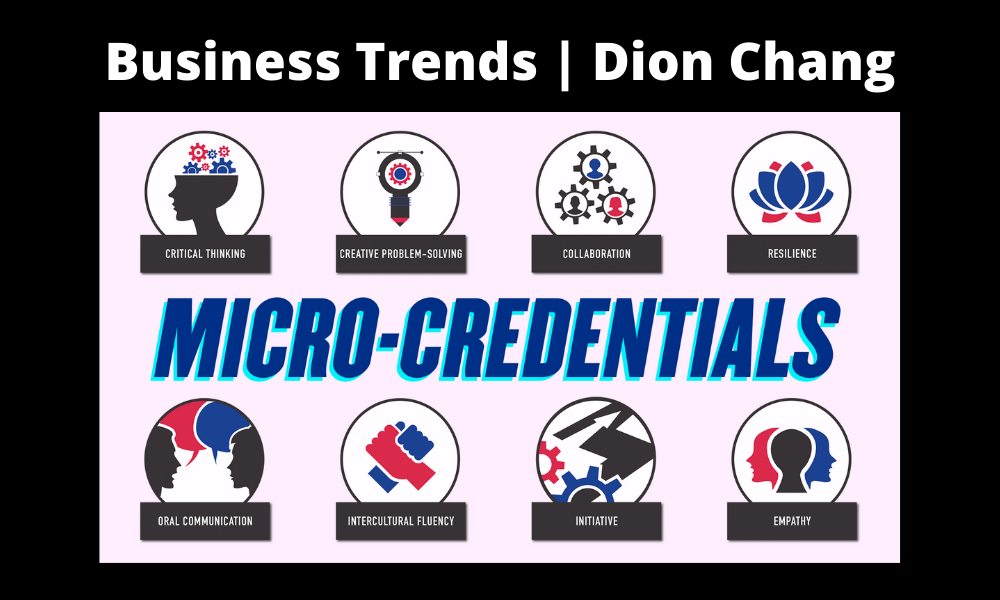 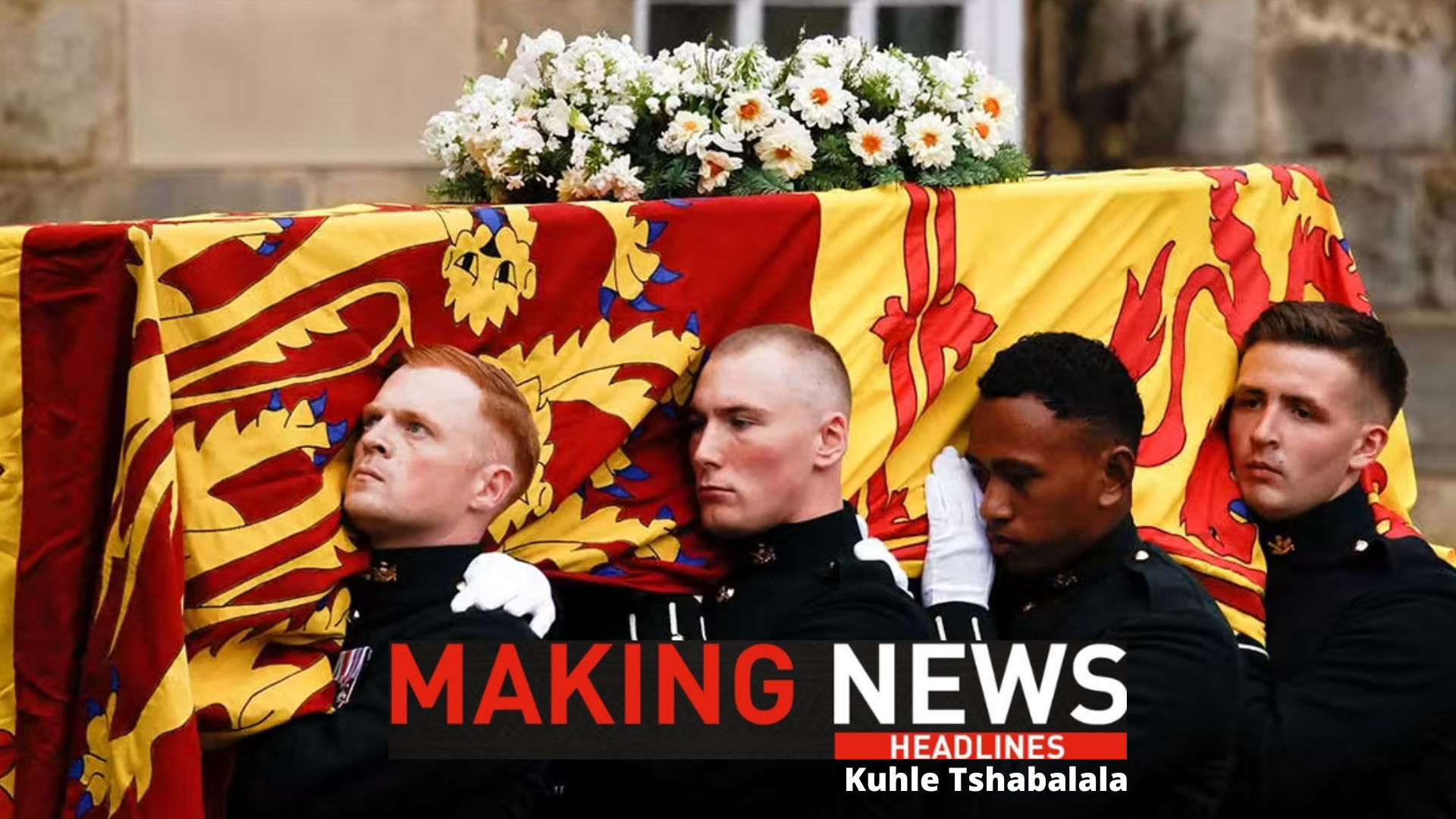 The Week that Was | #News | #NewsUpdates | Kuhle Tshabalal | #Podcast 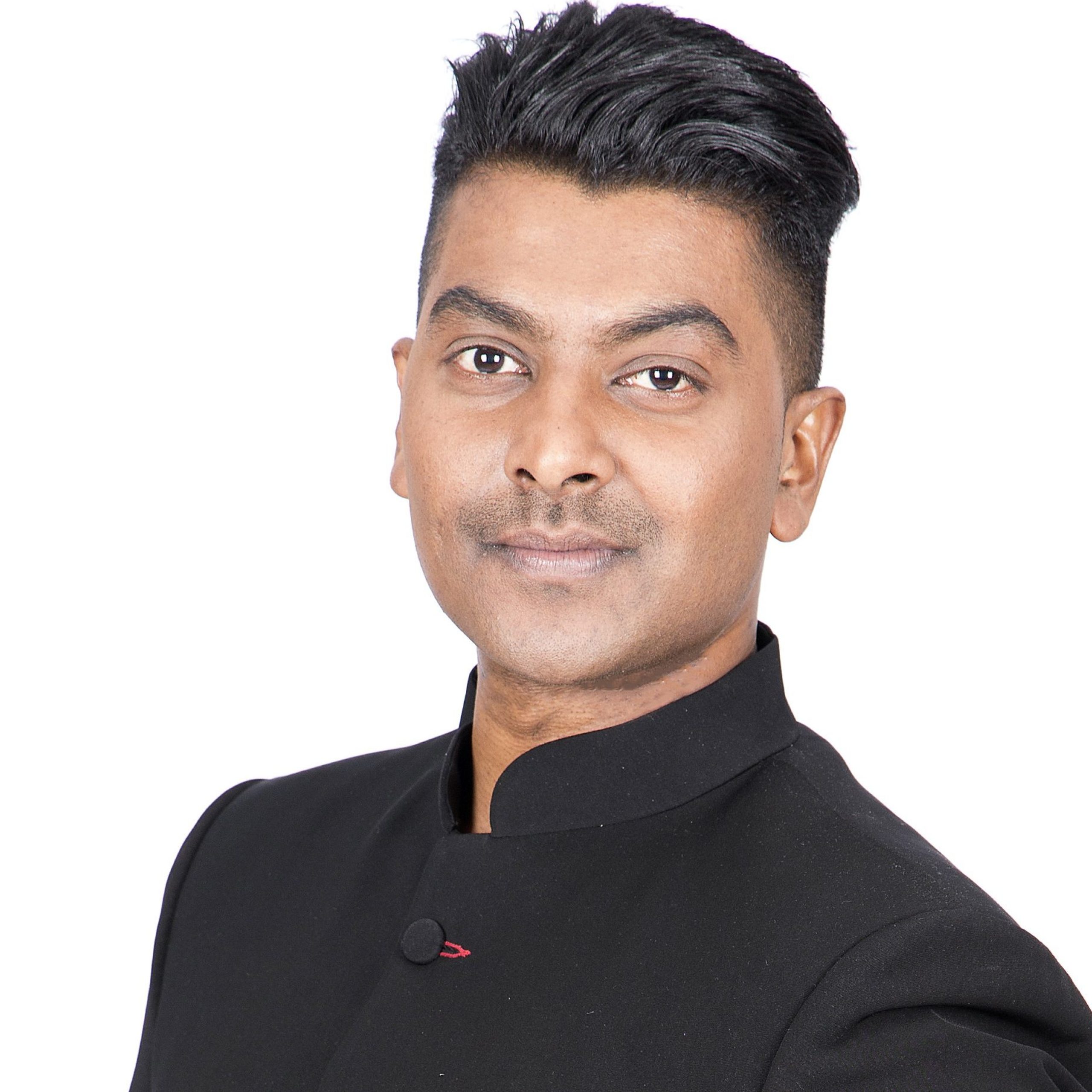