By eBizRadioAugust 24, 2015No Comments5 Mins Read

From being a turbodiesel pessimist a decade ago, I have now become a believer in turbodiesel engines which provide a pleasing blend of fuel economy and good torque, along with effortless cruising. So I found it surprising that with the introduction of its new CR-V range Honda has dropped its turbodiesel derivative, offering just 2.0 and 2.4-litre petrol engines. 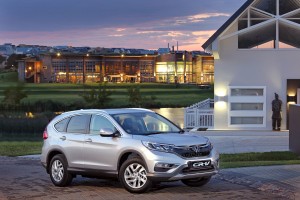 Honda’s CR-V has been upgraded with fresh looks, and additional safety and pamper features as we discovered with a weekend trip to the coast laden with four adults and luggage. Our test vehicle was the 2-litre petrol version in full Elegance spec with a R404 200 price tag and 114kW with 192Nm of torque.

Were it not for the fact that the CR-V was heavily laden it would have received ticks in all the boxes, but the lack of torque hampered effortless cruising as the Honda needed continual gearshifts on climbs to keep it in the power band. On most inclines it would require downshifting from 6th gear to 5th or sometimes even to 4th.

The Honda seems to come nicely on song at around 4000rpm, which is higher than I would normally cruise at. Fuel consumption averaged 8.6l/100km which is a bit higher than the claimed figure of 7.7l/100km. 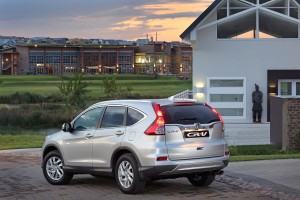 We were impressed with the smooth ride quality and lack of road or tyre noise, which Honda says is due to door rubbers which have been doubled in thickness, while carpets and sound-deadening materials have also been upgraded. Road holding was also good for such a large vehicle, with the Motion Adaptive Power Steering working closely with Vehicle Stability Assist to help prevent the driver from oversteering when cornering on wet or slippery roads.

The CR-V has a fairly reasonable ground clearance of 170mm, but is only available in front-wheel drive in the 2-litre versions giving it limited offroading ability. The more powerful 2.4 models however come with all-wheel drive. 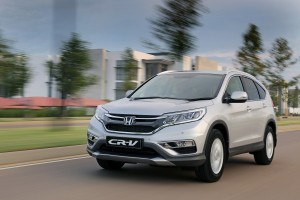 And Elegance spec adds electrically-adjustable leather seats, heated driver and passenger seats, driver seat with memory, parking sensors, and a leather multi-function steering wheel. It also adds a 7-inch touchscreen display which has similar functionality as smartphones and tablets and provides a plethora of information. But we found it tricky to use and it could be more user friendly.

The parking sensors work really well and even warn the driver if the vehicle is too close to the vehicle ahead of it at traffic lights.

Space both up front and rear is ample for adults, while the boot with 556 litres of space swallowed our luggage with ease. Luggage space can be increased substantially by lowering the 60/40 split rear seats for a cavernous maximum of 1 120 litres of space. One irritation was that the boot light doesn’t switch on and off automatically, but has a manual switch. The CR-V comes with a three-year/100 000km warranty and five-year/90 000km service plan. Service intervals are every 15 000km.

The Honda CR-V provides a smooth and refined ride with bags of space and high spec levels, although the addition of a turbodiesel powered model would be welcomed. 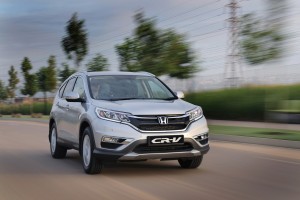 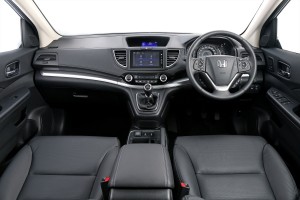