By eBizRadioJune 2, 2015No Comments8 Mins Read

News of the week:
Renault has launched the all-new Captur to the market.

Back in the 1970s, it was common practice to find American and European families making their way to holiday destinations in station wagons, with the Bee Gees belting out through their car stereos.

Station wagons, although less attractive, were popular for holiday makers and sales personnel who preferred the massive room to cart along their products whilst on the road. 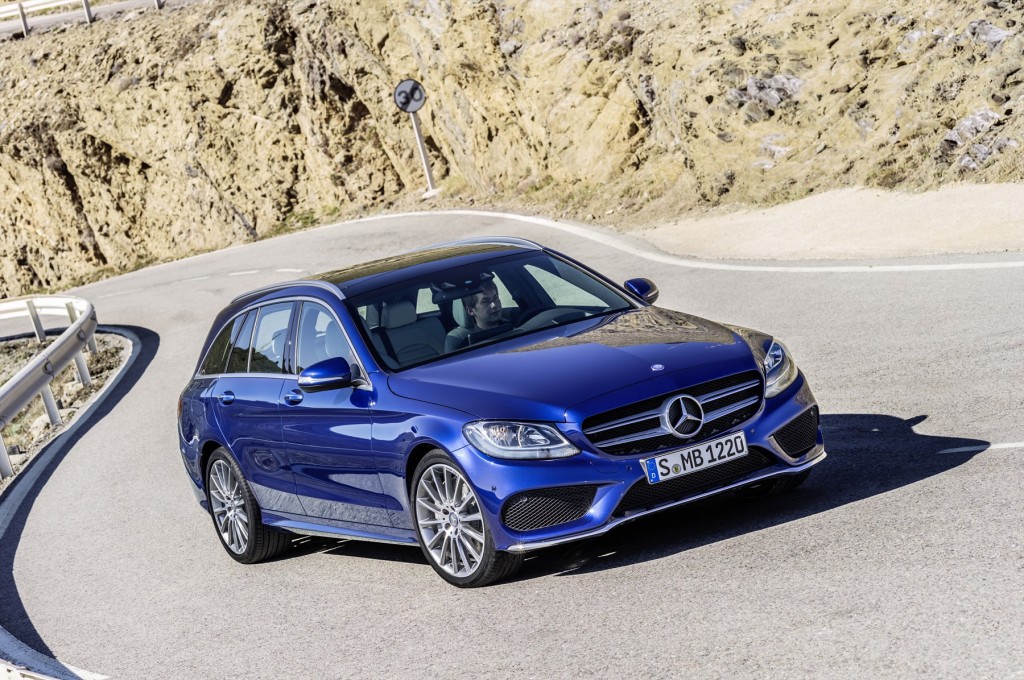 With the advent and growth of SUVs, the station wagon era faded into history and become a thing of the past. SUVs were also favoured due to their versatility, better ground clearance and ability to tackle off-roads as well.

Few station wagon models have survived, and those that have, now sell in small numbers. The days of SUVs have been buried in history…well, not quite.

In parts of Europe the demand for station wagons has been stronger than ever. Brands such as Audi, Mercedes-Benz, BMW and Volvo have responded with models that are not only practical, but appealing to potential buyers as well.

So while South Africans turned away from car-based wagons, the new-wave of premium estates have flourished in Europe. Buyers also recognise that wagons have dramatically lower servicing costs, cheaper insurance, and better fuel efficiency than SUVs these days. However, the debate still remains, can a station wagon tow as effectively as a four-wheel-drive SUV? 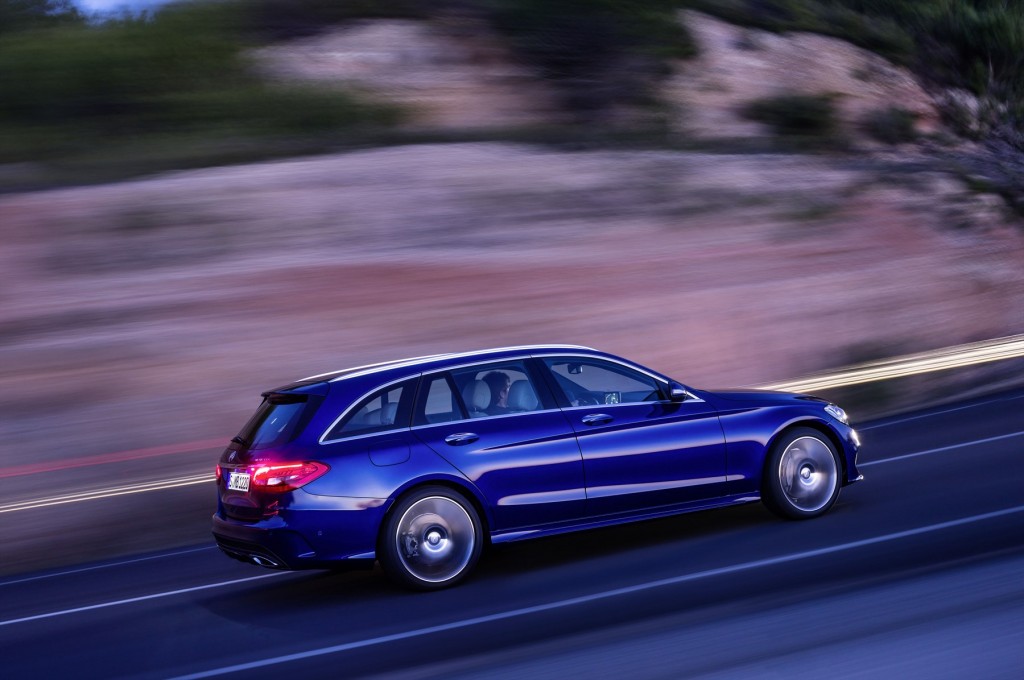 With traditional wagons a steady sales proposition rather than the centre of any significant surge in South Africa, Mercedes-Benz has now added its attractive estate variant to its well-received new-generation C-Class line-up, with identical features and trim and a R25 000 premium over the equivalent sedans.

The C-Class is a very popular derivative and has month-on-month sales that exceed 1000 units. The Sedan model is built in East London while the estate is imported from Europe.

Mercedes in South Africa is quietly confident the C-Class Estate will find more buyers than previous model. But there is no suggestion that increased demand for the new Estate will get remotely close to the stunning 70 per cent of C-Class sales recorded in Germany. 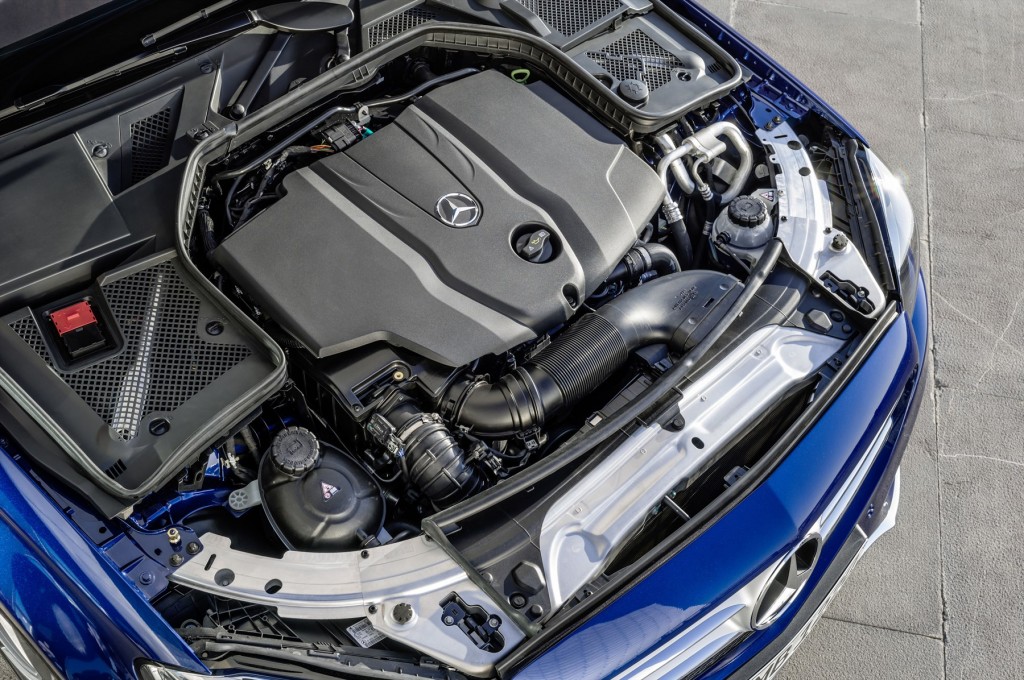 While SUVs generally hold bigger loads than estates, shoppers should be asking if they really use the extra space. And, are they worth the additional spend?

The C-Class Estate comes a choice of three efficient four-cylinder engines (petrol and diesel) all with seven-speed automatics.

During my test period, whilst keeping the vehicle in ECO model, I was able to achieve 5.6-litres/100km on the open road and 6.3-litres/100km as a combined cycle, which is far off from the claimed 4.8-litres. Then again, the vehicle was tested at altitude and I was laden to brim.

Nevertheless, I achieved about 850km from the 66-litre fuel tank.

The new C-Class Estate has grown in size from its predecessor. It’s longer, wider and rides and has a longer wheelbase when compared with the previous model. It now has a standard electrically-operated tailgate too.

The cabin is adopted straight from the sedan and oozes elegance and modernity. Leather seat trim with black piano finish and brushed aluminium highlights gives the interior a smart look and feel. Everything falls to hand, and it’s very user-friendly.

The drivers can also select from a menu of preconfigured driving modes which adjusts the throttle, steering and transmission characteristics that best suit – “Comfort”, “ECO”, “Sport” and “Sport+”. Or “Individual” is available for ultimate personalisation – but I never ventured that far into the menu and stuck between eco and comfort.

The C250 is expected to be the biggest seller due to the fuel economy, it comes with 18” alloy wheels, keyless hands free access and a better driver assistance package.

Increased interior space mainly benefits the rear-seat passengers, who now have an extra 45mm of leg room with a little more interior width and headroom than in the superseded estate.

The rear of the C-Class Estate easily adapts from being a carrier of people to a cavernous 1510-litres of space, a little more than the last C-Class wagon.

The rear seats now have a 40/20/40 split with a conveniently located toggle button just inside the rear tailgate, instantly flips forward the seat backs. A retractable cover can be removed completely, as I found out during my test period. It also includes a 12V outlet in the boot space, and should you decide to carry one of those cooler box/fridge combos.

Now, I have been told that hands-free access to the tailgate means waving a foot near the rear bumper will open and close the fifth door. I couldn’t exactly get it to work and I suspect that my test unit wasn’t specified with the option, or that it’s just not available on South African models.

Occupants are protected by front and side airbags, a knee airbags for the driver, and Blind spot assist is standard.

The touchpad in the new Estate is clearly influenced by smart phones and all the head unit functions can be operated using finger gestures. It has easy iPhone integration and USB connectivity is there too and it is also internet capable. Although, I wasn’t able to connect to the internet, despite attempting to do so on a number of occasions.

Cruise control with a variable speed limiter is also standard. 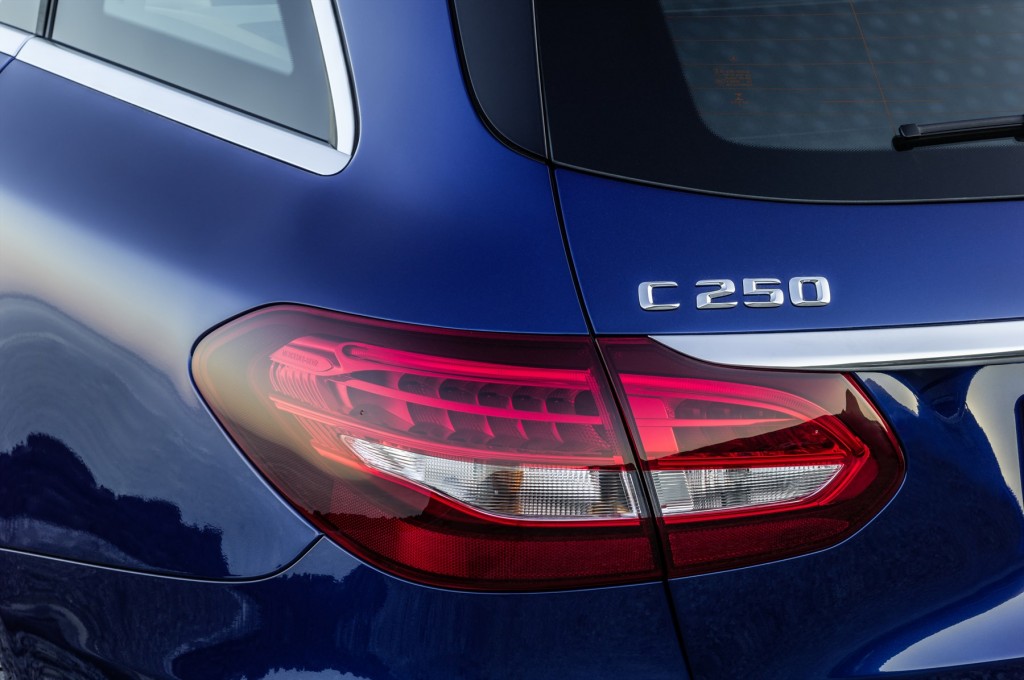 All C-Class Estates get the attention assist system which can warn the distracted or dozy driver of dramas. A collision-prevention feature triggers autonomous braking at speeds of up to 100kph, to prevent or reduce the severity of rear-end collisions.

It’s a great car to ride in on a daily basis but I would prefer to be the in the Sedan model. It’s the sort of car that you would want to crank up the volume whilst listening to Daughtry or Calvin Harris. It’s a modern station wagon that you want to be seen in!

Is it worth forgoing an SUV in favour of the C-Class Estate? Most definitely…it’s a great looker, and if you aren’t going to venture on the off-road, then it makes great sense to be a family vehicle with acres of space. 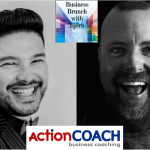