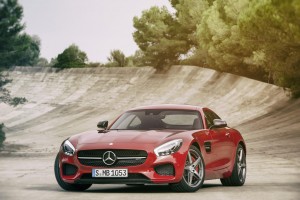 Toyota’s modern-day reputation for building dependable – but not especially interesting cars – has been jolted by the introduction of the 86 in 2012. There has been nothing like this from Toyota since the Celica and MR2 – cars that I enjoyed very much and missed when they were discontinued.

The 86 is, I suppose, what the modern day Celica would have been. It’s also less of a Toyota than any Celica ever was, and that’s because it has been co-developed with Subaru, which as I’m sure you already know sells an almost identical car called the BRZ. 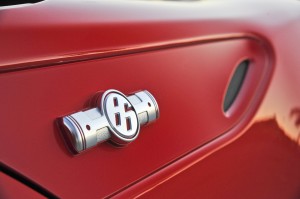 Toyota paid attention to detail when assembling the 86. They wanted it to hark back to it’s roots of the GT86 from the 80s in looks, among others. The latest car has 86mm tailpieces at the rear, while the bore and stroke are exactly 86mm x 86mm respectively.

Subaru’s most obvious contribution to the project has been a 147kW 2L petrol engine. Its behaviour will be discussed later. For now, the important thing is not so much what it does as what shape it is. 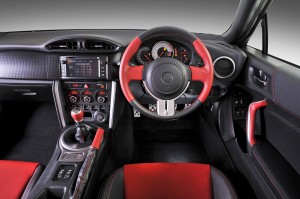 Like every Subaru engine over the last few decades, this one is a “boxer” in the sense that the cylinders sprout outwards from the crankshaft, rather than either upwards or diagonally as is the case with in-line or V layouts. And that’s important thing because the engine is therefore very low, and so in turn is the car’s centre of gravity.

A low centre of gravity, like low weight, brings nothing but positives to a car. It gives the 86 an immediate advantage and should, assuming the suspension has been set up reasonably well, almost guarantee excellent handling. 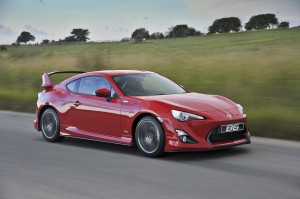 The early signs are good. My first act in the test car was to drive it for two hours, at night, on deserted, flowing R80 highway. Nearly everything about it was pleasing.

For a start, although this is a low car and I’m an above-averagely tall person, there’s a remarkably amount of interior space (at least in the front – the rear is so cramped that it was hardly worth the bother of putting seats there), and all the controls were so well-placed for me that I half wondered if my body shape had been used as the template by the designers. 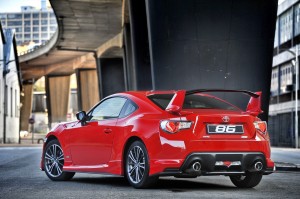 The sports seats are brilliantly supportive the steering feel is absolutely top-notch, and although visibility is no better than you’d expect from a coupe there is no problem about seeing directly behind you because the rear window is huge.

The Limited Edition model also receives a body kit, a massive rear wing, and minor cosmetic changes, which, seemingly got people looking and giving me a thumbs up. But the rear wing looks a bit cheap and something that resembles an aftermarket fitment.

Noise levels are quite high, and ride quality isn’t up to much, partly because the front suspension is under-damped and partly because the tyres – even though they’re not especially low-profile and seem to have fairly soft sidewalls – transmit far more information about the road surface than you really need to know. 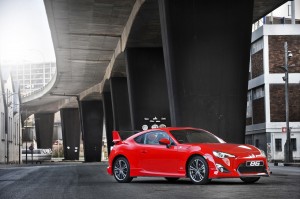 But in this kind of driving the 86 covers the ground very well without much effort, since you can carry a lot of speed into corners and therefore maintain a good average without much accelerating and braking.

That would also explain the startling fuel economy on this part of the test. The trip computer told me I’d managed 8.9-litres per 100km, and although subsequent measurement suggested that it was optimistic by a couple of millilitres, I was still well ahead of the official extra urban consumption of around 6.4-litres per 100km.

The combined figure is about 7.0-litres per 100km, and I got very close to that in the course of a week despite the kind of driving I’m going to be telling you about shortly.

Until now the 86 hadn’t been perfect, but it had been so good that I was expecting great delights to be revealed when I got a chance to try it out on some of Gauteng’s better driving roads. Well, they weren’t. I know you’ve probably read other reviews which hail the 86 as being one of the finest cars to drive you can buy today, but I don’t agree.

I’m not wildly impressed by the engine, and that’s not because its power output is substantially lower than that of many hot hatches. This may disappoint some people, but the 86 was never meant to be about straight-line performance.

It’s the way the engine behaves that leaves me cold, though I appreciate that some people may love it. A 2L engine without forced induction can achieve 147kW only through high revs, in this case 7000rpm. Maximum torque of 205Nm isn’t available until 6400rpm.

Other than on a race track, you are simply not going to be spending much time at those engine speeds, and if you go much below them the 86 is left stranded. In a street dice, too, it’ll be eaten up by most hot hatches, which are also slightly cheaper.

In sporty motoring you have to have at least 2500rpm on the clock because below that nothing you do with the throttle is going to have the slightest effect, and even when you’re simply trying to get from A to B you’ll probably have to drop down a gear or two in situations where this would not be required if you were driving almost any other 2L car. You even have to do this in order to continue travelling at 100kph up a slight incline.

But I’d be okay even with this if the 86 were the driving machine I expected it was going to be. It isn’t, and although there may be other reasons too, I think the main culprit is that front-end under-damping I mentioned earlier.

Its effects become worse the quicker you try to go. Turn-in isn’t bad, but the nose of the car rises up straight away and takes a long time to settle into the attitude it was aiming for.

If you apply any throttle at all before the process is complete you immediately get understeer – not tyre-squealing, aiming-for-the-nearest-hedge understeer, but a definite widening of the line which means you have to wrestle the steering or back off the power and try again.

If you wait for exactly the right moment, the chassis will take all the power you can give it, and suddenly the 86 feels like the car Toyota promised it would be. I can’t entirely object to this lesson in well-judged use of the throttle, but it seems odd that you need the accuracy of a race driver to get anything like the best out of a none too exotic road car.

I’m aware that other journalists absolutely love the 86, and perhaps the technique used by at least one of them – going into a corner with the brakes on and applying a bootful of throttle halfway round to kick the tail out – has a bearing on this. Well, fine, but I’d rather have higher cornering speeds and less tyre wear, thanks.

At R376 000 for the Limited Edition model, I just feel that you could spend your money on a Renault Megane RS or a manual Golf GTI and have loads more fun. Then again, there are only 86 of the limited edition models available locally, which is set to become a halo, collector’s item with time.

Overall, it wouldn’t take much to sort the 86. Another few days’ work on the suspension and you’d have something that would be both easier and better to drive. Until that happens, Toyota’s 86 will continue to be, at least as far as I’m concerned, a bafflingly disappointing car.

eBizRadio is a live multi- platformed social media service providing an online forum to the business community for holding conversations on the key issues related to specific businesses as well as availing a space for cross-business collaboration in response to key issues affecting the world of business. The place to go if you want to know about business and lifestyle
Post Views: 1,660
Don't be shellfish...

END_OF_DOCUMENT_TOKEN_TO_BE_REPLACED 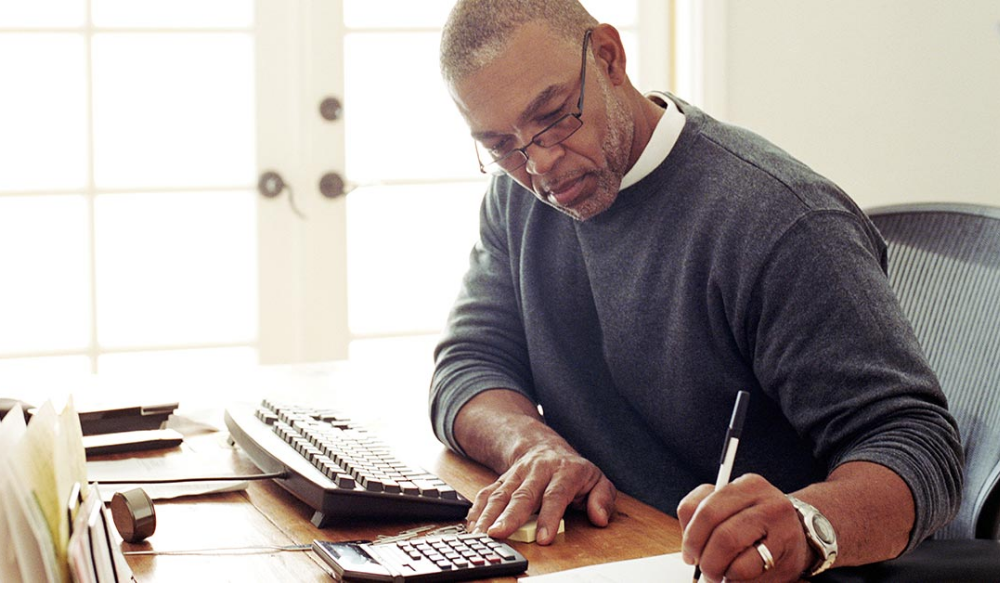 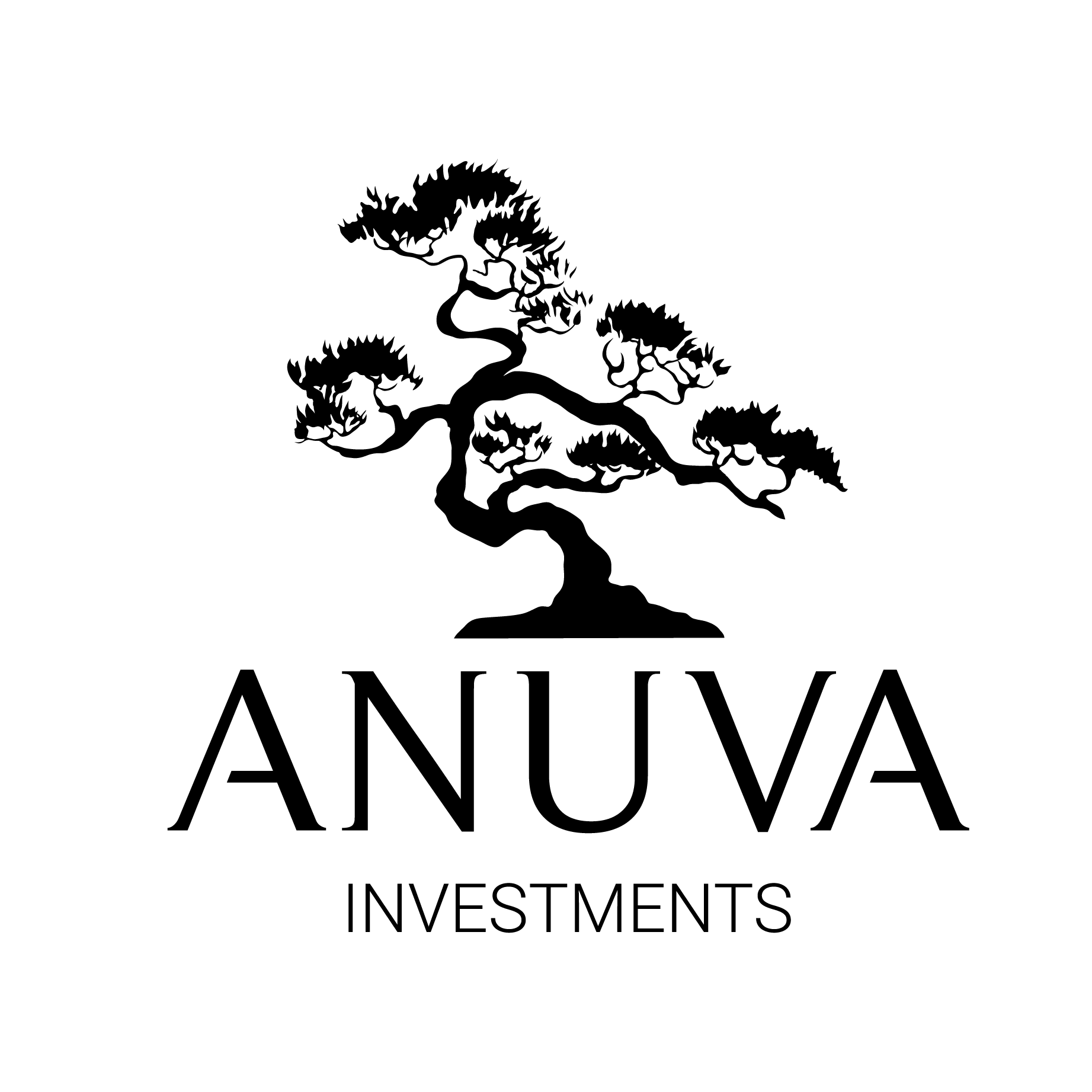 Retail Round Up – a double whammy | #eBizRetail | Craig Page-Lee

So much more than a pretty face | #eBizInsights 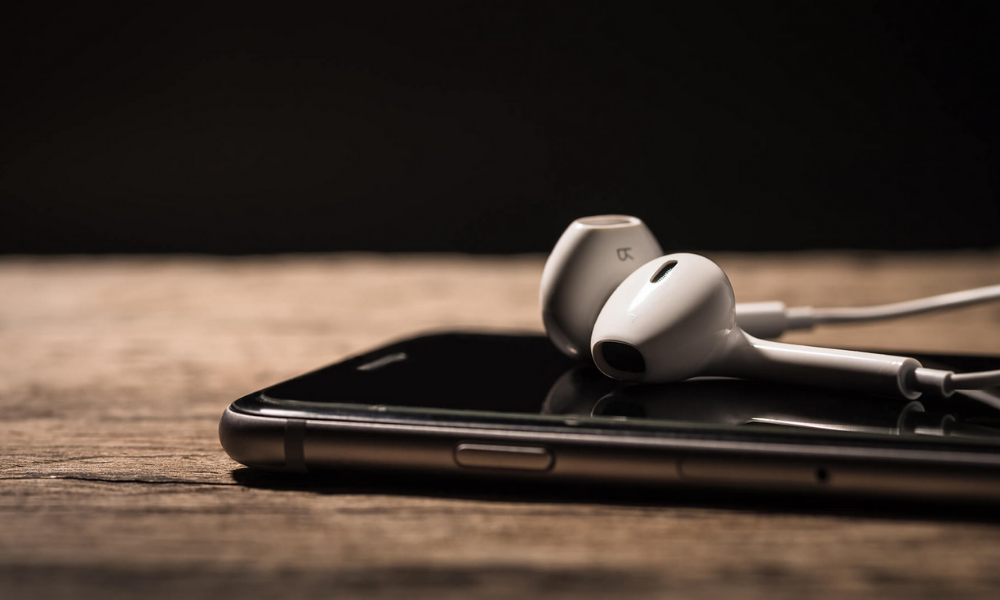 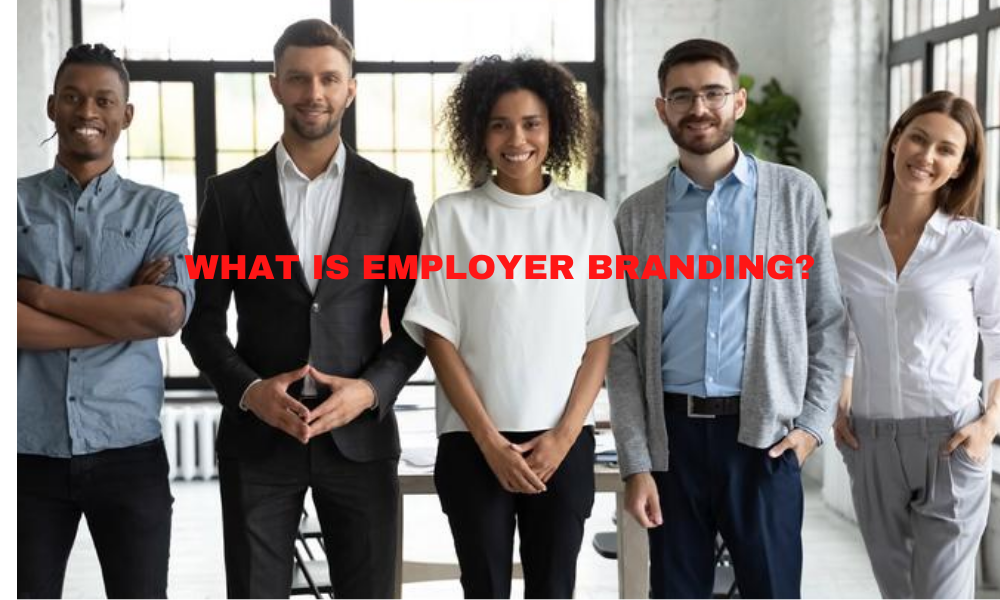 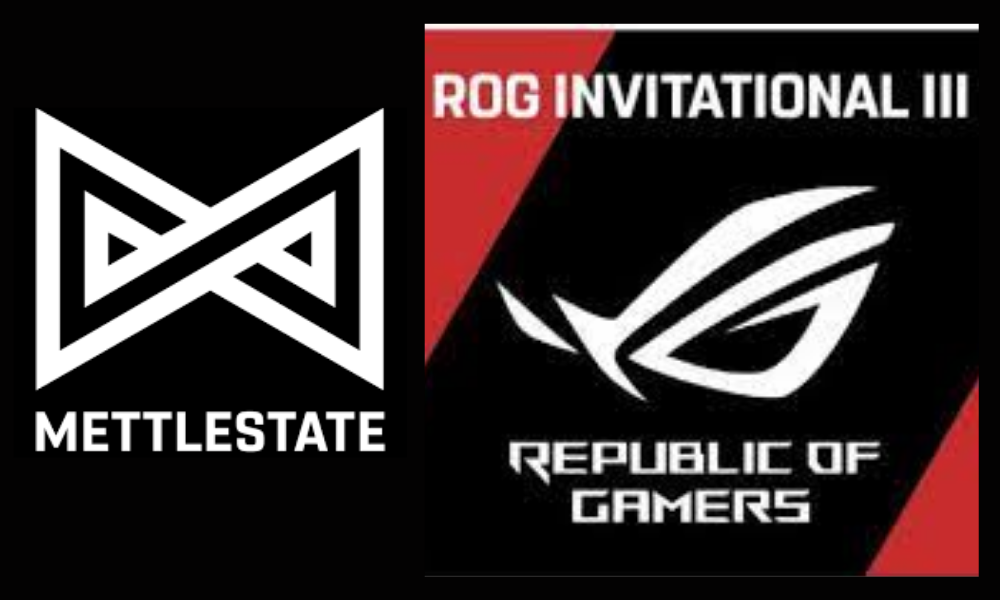 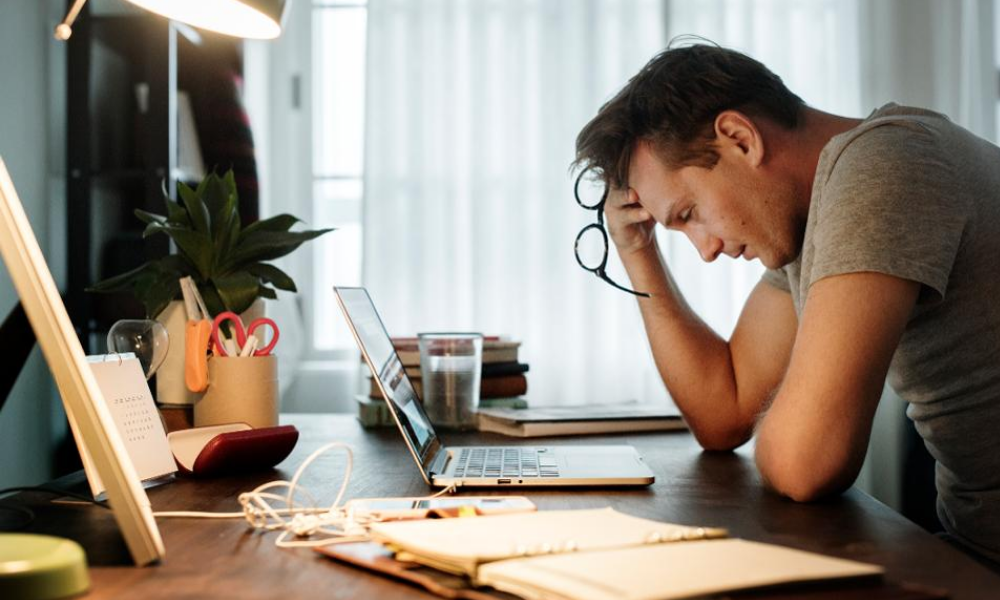