Stress hormones debilitate success. What, pray, say you, could be the solution. Conversational Intelligence is called for. This skill, the golden thread to communication, resulting in success in the workplace and in our private lives, is the global first-aid kit for success and the glue that will keep our relationships together.

When we feel emotionally rejected and trampled on, our reaction is to withdraw. This is caused by cortisol, our stress hormone. What we require is to develop the trusting, communicative and empathetic hormone, oxytocin, to listen and communicate wisely.

We’ve all known, or might be, or have worked for, a boss who never listens to their team but TELLS them what to do. That manager is thriving on dopamine, the reward hormone, without understanding the reasons for sales slipping and staff not performing as they should. This boss, or spouse, needs to learn to LISTEN and develop the art of Intelligent Conversation – in other words, their oxytocin needs a boost and maintenance to encourage empathy and wisdom in others.

A peer coach in the UK is coaching Conversational Intelligence in the House of Commons and many Fortune 500 companies are now utilising these empowering skills with astounding results.

Says Fraser Carey of the Conversational intelligence (C-IQ)) Masterclass, Life by Choice – and co-founder of the School of Etiquette in South Africa: “We too often lament how our family, partners and colleagues interrupt, criticise and ignore our attempts at communicating.

“This leads to constant bickering and frustrations, typical behaviour when we feel unappreciated and disrespected. In simple terms, our cortisol levels are high, resulting in low trust, commonly known as Level ! in Conversational Intelligence terms.

“Conversational Intelligence is based on upping our oxytocin levels, the hormone that helps us gain insight, understanding, and most importantly, trust of sharing success. By developing the simple skill of listening before dictating, we can train ourselves to ditch the cortisol hormone of talking and dictating with no regard for our colleagues or fellow man, to improve our oxytocin levels, resulting in shared success, truth telling, being co-creative and trusting.”

Having spent many years as a successful businessman* turned motivational and corporate speaker specialising in protocol and communications skills, Fraser’s current seminar is geared to bring self-esteem and successful communications skills into our lives, thereby creating a forum for not only success in the workplace but in our personal lives too.

Raised in a family of medical doctors, Fraser felt he had no choice but to study medicine after matriculation. When he failed his first year, he had to decide where his passion lay and chose law. He was admitted as an attorney in 1976 having completed his B Proc Law degree, articles and Board Exam in only 4 years – a process that normally takes 5-7 years. At the time, military service was compulsory and Fraser was commissioned as a Military Law Officer where he spent two invaluable years learning much about people and commanding them. After his military service,  he joined Attorneys Werksmans, who at the time had the largest JSE (Johannesburg Stock Exchange) listed clientele. While there, Fraser specialised in corporate law drafting many of the contracts for Sun City Resort in the Pilanesberg.

By 1982, Fraser always driven, felt he wanted to explore his entrepreneurial skills and having now had a taste for the development of a luxury brand resort, started Wonder Rock, a company manufacturing and supplying paving products, wall cladding and decorative finishes. His dynamic business achieved noteworthy successes, supplying paving and flooring to luxury hospitality brands including Montecasino, Gold Reef City Casino, Sibiya Casino and the Emerald Casino.

After 18 years, Fraser expanded the company and launched Palazzo Baths & Basins, manufacturing luxurious baths for discerning local and international individuals and the hotel industry. International celebrities such as Oprah Winfrey sport Palazzo Baths in their homes and at Sir Richard’s ski lodge in Verbier, Switzerland. Fraser achieved further international recognition for his baths by way of interior design awards for: the best hotel bathroom in the world in 2003; best Latin American Hotel in 2005 for the Palmilla Hotel in Los Cabos, Mexico; best new hotel in the world in 2006 for Lion Sands in the Sabi Sands Reserve, and best luxury lodge in Africa, Thanda Game Lodge in KZN. 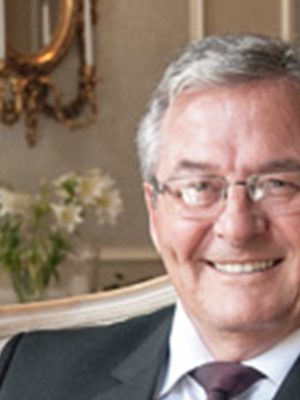 By 2006, Fraser’s wife Sharon had converted their large French-styled family chateau into the 5-star Le Châtelat Boutique Guest House in Sandhurst, sporting the beautifully crafted Palazzo bathrooms to complement the old world charm, leading to Presidents, Premiers, Cabinet Ministers and captains of industry frequenting this luxurious home from home when travelling on business or leisure from all corners of the globe. The establishment has since been sold to another successful businessman.

Early in 2012 Fraser decided to realise what he now felt his new purpose had become: teaching and inspiring people of all ages and all races to reach their true potential. He sold his business and set about researching the best way to realise his newly found purpose – to help others be successful and reach their full potential. He read books written by Jack Canfield and found he agreed with this inspirational author, success and life-skill mentor, leading to Fraser now lecturing on topics ranging from Success Principles, Self-Esteem and Peak Performance, to Maximum Self Confidence and The Power of Focus.

“Successful people are MADE, not born,” says Fraser, “and we all need to harness this belief in ourselves to be fulfilled in our personal and business lives.”