·      Daniels Public Primary School principal, Mrs Margaret Mvane, said 80% of the school’s 882 Grade R to Grade 7 learners did not have their own desk and had to either share desks or make do with makeshift work surfaces.

·      In partnership with the Kommunity Group – the founder of the lapdesk project – Isuzu distributed more than 13 000 Kommunity Desks throughout the country over three years to the end of 2013 and has recently renewed the partnership. 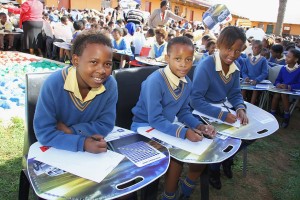 The Sonic is the best-driving car General Motors sells for under R250 000. Before you set yourself to protesting on behalf of the Corsa, allow me to explain. The Sonic has always been something of a jewel.

When it first entered our market two years ago, it blew the rickety pants off of its predecessor its closest sibling, the Chevrolet Aveo. That wasn’t exactly a herculean feat by any means, but the Sonic also gave competitors like the Honda Fit and Ford Fiesta a moment of pause.

Now Chevy has turned out the RS model. The machine adds a healthy dose of styling inside and out to a proven driving experience, and the result is a small car without the punitive aftertaste. It’s easy to dismiss the RS as just another body-kit job, but unlike the Honda Fit Sport, the RS trim actually hones the Sonic’s edge. Engineers threw disc brakes at all four corners, lowered the car by nearly half an inch and stiffened up the springs and dampers, thereby addressing most of my personal do-wants for the standard variant. 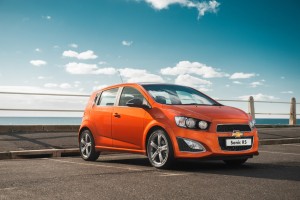 The Sonic RS also comes outfitted with the more potent, turbocharged, 1.4L, four-cylinder engine. The little mill spins up 103kW and 200Nm of torque, and while those numbers are identical to the Sonic Turbo, the hatch doesn’t exactly leave me wanting for more power.

At 1275 kg, the Sonic RS is light enough, though a comparably equipped Ford Fiesta ST can skip across the scales at nearly 30 kg lighter. In addition to the special five-spoke wheels and aero tweaks outside, designers reworked the cabin with new, heavily bolstered bucket seats. The thrones are trimmed in leather, embossed with the RS logo, and stitched in red. They’re brilliant. Otherwise, the cabin remains unchanged save for some fancy floor mats and sport pedals. 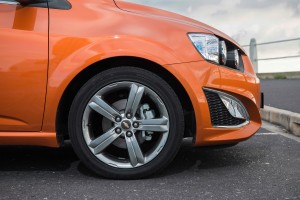 Locally, it’s only available with a six-speed manual gearbox. The turbo four pumps out enough muscle to be fun. It’s not exactly quick, but it doesn’t need to be, either. Throw a few corners at the hatch and tackles them with the kind of glee only a small car can muster. The 0-100kph is brought up in 9.5 seconds and it’ll reach a top speed of 197kph. And it remains fairly frugal. During my test period, my combined fuel consumption averaged around 9-litres per 100km. That figure drops to around 6.5-litres on the open road.

Pick a line, hold fast, and the RS drops down onto its suspension and vaults out of each turn. Like the old-school Hondas of yore, it wants nothing more than your hands around its neck and your foot welded to its floor. There’s a MacPherson strut setup in the nose and a semi-independent torsion beam out back. No, it isn’t fully independent, but that beam doesn’t seem to hold the car back, either. 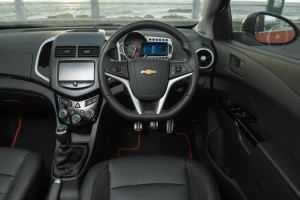 What about that second complaint, you ask? That would be the competition. The Sonic RS automatic starts at R225 300. Ford will kindly ask R265 000 for its wicked little Fiesta ST—you know, the one with 134kW and nearly 30 kg less weight to haul around? 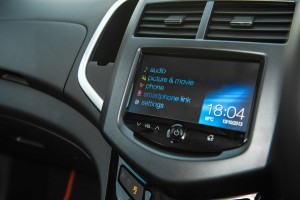 Still, it’s hard to beat cheaper and faster, and that’s the biggest thorn in the little Chevrolet’s side. As it stands, the Sonic RS is some of the most fun you can have under the bow-tie banner. Unfortunately, the party’s a little hotter over at the Ford dealership.

eBizRadio is a live multi- platformed social media service providing an online forum to the business community for holding conversations on the key issues related to specific businesses as well as availing a space for cross-business collaboration in response to key issues affecting the world of business. The place to go if you want to know about business and lifestyle
Post Views: 798
Don't be shellfish...

END_OF_DOCUMENT_TOKEN_TO_BE_REPLACED

How Outsourcing of Finance can Benefit your company | #eBizWires | Handre Lourens

When “Truth” is just a word | #BizOpinion 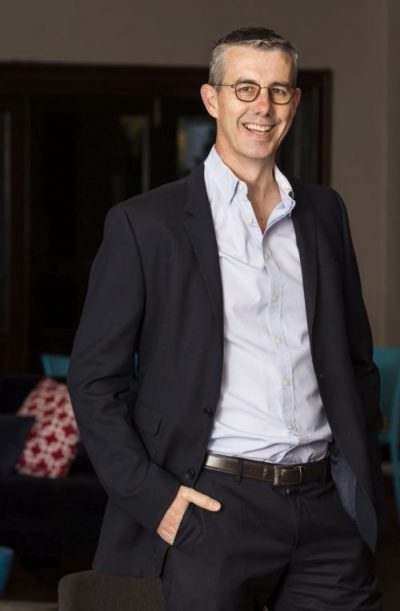 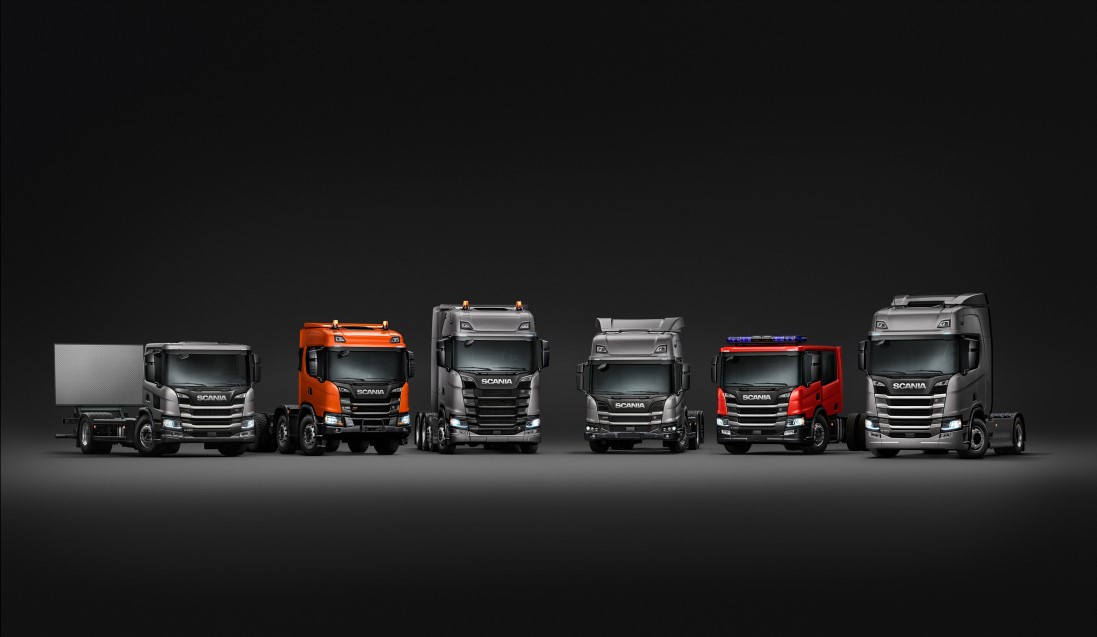