By eBizRadioDecember 7, 2022No Comments5 Mins Read 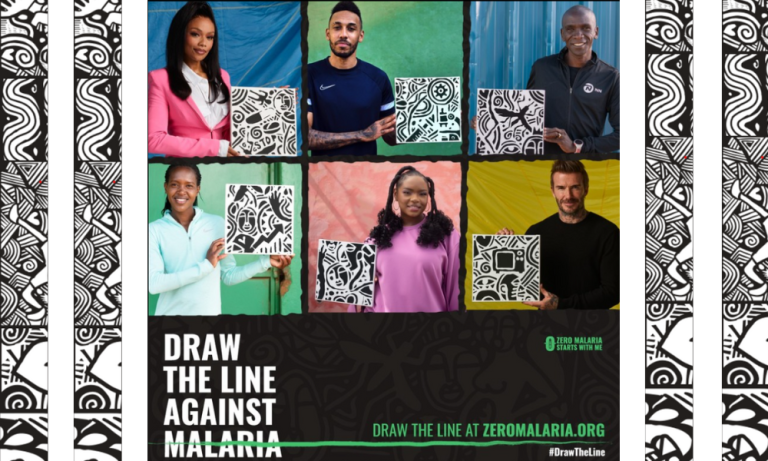 Thanks to dentsu International over a billion people and key governments across the world have heard the call to action to end malaria.

The multi-award-winning dentsu-led Zero Malaria Campaign culminated  recently in New York at the Global Fund to Fight AIDS, Tuberculosis and Malaria’s Seventh Replenishment Conference, helping to raise a record US$14.25 billion, with more pledges expected over the coming weeks.

With dentsu International’s founding country Japan pledging $1.08 billion, combined with significant pledges from Canada, the European Commission, France, Germany and others, countries met the Global Fund’s call for a 30% increase in funding to the world’s largest multi-lateral health fund, with increased contributions from several malaria endemic countries across the African continent.

Held on the side-lines of United Nations General Assembly (UNGA), the conference built on the Sustainable Development Goal (SDG) 3.3 to end malaria by 2030 and represented a milestone moment in the malaria fight where game-changing political decisions were made to help save hundreds of thousands of lives, predominantly children, under renewed threat this year due to a perfect storm of global economic, pandemic, and political pressures.

A fully replenished Global Fund which reaches this years’ target of US$18 billion would reduce malaria cases by 66%, treat 550 million malaria cases through public sector systems, and eliminate malaria from an additional six countries by 2026. The total is still US$3.75 billion short of the Global Fund’s target for its next three-year funding cycle.

THE POWER OF PARTNERSHIP

As a dedicated player in the global malaria fight, dentsu International have partnered with charity Malaria No More UK since 2017, creating and executing the multi-award-winning Zero Malaria Starts with Me – Draw The Line Against Malaria youth campaign and securing millions of pounds worth of donated global media as part of their continued commitment to mobilise communications, creative and advertising industries as a catalyst for driving social change and purposeful progress.

“We are faced with the greatest human challenge of our time, as we race towards achieving the UN SDGs by 2030. We believe that global media will be a core contributor towards creating change on this scale and we intend to be a leader in creating this purposeful progress. The Zero Malaria campaign is a brilliant example of this – we are determined to help end malaria in our lifetimes and stop it stealing young people’s futures.  We know by doing this we can unleash so much potential, build stronger economies, keep more kids in school and power many of the global goals,” says Roxanne Boyes, Strategy Director, and Regional Sustainability Lead for dentsu Africa.

With the Global Fund’s Seventh Replenishment Conference being the culmination of the ground-breaking two-year campaign, dentsu teams across the world pulled out all the stops to help drive change, with support from their many powerful international media partners across multiple channels to help amplify the Zero Malaria message that the fight against malaria is one that we can win.

This final push resulted in 27.1 million digital, audio, social and video impressions, and 16.8 out of home impressions, as well as 78 local TV PSAs, 150 local radio PSAs, and 230K print readers in Washington DC.

“Thanks to dentsu International over a billion people and key governments across the world have heard the call to action to end malaria, with leaders, global youth and general public being mobilised and energised to join the fight through strategic media touch points for two years. Dentsu not only delivered a ground-breaking youth campaign pro bono but have now stepped up even further with a ground-breaking commitment at the Kigali Summit on Malaria and NTDs to continue playing a strategically critical role into the coming future. We have been fighting malaria since the beginning of time – and we can end it in our lifetimes but only with bold new moves like these,” says Kate Wills, Director of Global Communications and Partnerships at Malaria No More UK.

The Zero Malaria Starts With Me – Draw The Line Against Malaria campaign was created by dentsu International on behalf of the global malaria community as part of their mission to use media to address global challenges and accelerate progress towards the SDGs. Art direction was by artist Láolú Senbanjo and the films were directed and produced by Meji Alabi of Black Dog Films (part of the Ridley Scott Creative Group).

Launched in 2021 and featuring and other global changemakers, the Draw The Line campaign invited youth from all over the world to visit zeromalaria.org and send a message to world leaders. A key element of the campaign was the presentation of a unique piece of crowdsourced artwork – a striking visual representation of the Zero Malaria Starts with Me youth commitment to end malaria within a generation – to world leaders at the Kigali Summit on Malaria and Neglected Tropical Diseases in Rwanda on 24 June 2022.

At the Summit, dentsu reaffirmed their commitment to being part of the movement to end malaria by 2030 and pledged US$5m to mobilise global youth and public with transformational communication tools.