Business is booming in the telecommunications, ICT and digital media ecosystem, as evidenced by the number of visitors and quality of stands at this year’s AfricaCom show in Cape Town.

Devices are a major part of enabling Africans to access communications services and affordability is crucial. In a keynote panel discussion including operators Airtel Africa and Millicom as well as Mozilla (Firefox), handset manufacturer Tecno, announced the launch of a $30 smartphone in 2015 in African markets.

Cutting though the saturated cellphone market, Alcatel-One Touch was also attracting a lot of interest with its association with its Firefox OS devices that it will be launching to sub-Saharan markets in Q1 2015.  Alcatel One-Touch will be the first to bring the Firefox OS devices to market, catapulting the company into a market leader in a new operating system space, according to Country Manager for Southern Africa, Ernst Whittmann.

Making a noise of a different nature, Ruckus, is back at AfricaCom talking ‘smart cities.’ Their patented ‘beam flex’ technology, manipulates light in such a manner to allow the company to install its wireless services into ‘cool projects’ such as schools, connecting them to knowledge resources for the first time.  There are many advantages to having access to free Wi-Fi.  Services provided in cities like Cape Town and Tshwane, can afford people the opportunity to look for employment for free and when data has run out on the phone, they can come into the city to transact.

Traditional banking threatened by mobile money – Access to communications (mobile,) means the ways in which we transact are also changing. “Apple and Google are the biggest threat to the traditional banking industry. Apple already has over 600 million card payments details on their database” – Julian Kyula, CEO, Mode, who was a keynote speaker at AfricaCom’s Mobile Money stream, one of the topics that has dominated this year’s event. 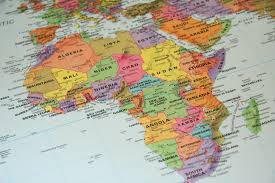 Underpinning this growing market, India’s leading mobility service provider, Mahindra Comviva, also announced a deal to market yesterday. The debut of ‘connectMoney Service Manager’, through a landmark deal with Econet Wireless, Zimbabwe. As a part of the first live deployment of connectMoney Service Manager, Econet Wireless has issued MasterCard debit cards, which are linked to the EcoCash Wallet. This is the largest rollout of secure EMV Chip and PIN payment cards in Zimbabwe.

Julie Rey, Research Director for Informa Telecoms & Media: “It has only been day two and already we are seeing more visitors and media than in years past. As organisers we are getting the impression that the event has grown to another level and we are hearing that the numbers in the business deals concluded, have surpassed expectation.”