By eBizRadioAugust 11, 2015No Comments4 Mins Read

Mobile malware is spreading at an alarming pace, and posing a major threat to smartphone users around the world. Mobile malware is also becoming more sophisticated, and as this happens, it becomes harder to detect for the average mobile user who doesn’t really consider security a problem. 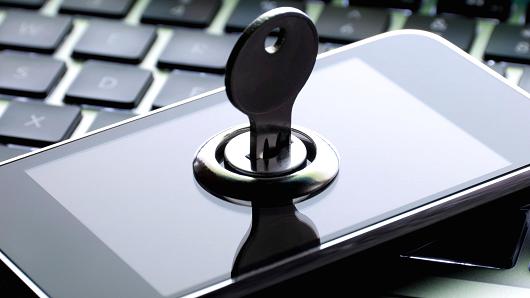 “It’s not rocket science,” says Lutz Blaeser, MD of Intact Software Distribution. “There are several indications your smartphone could be infected with malware.”

Firstly, he cites poor battery life. “Smartphone users who do not use a lot of apps, or perform functions that are battery-heavy, who find their batteries draining far quicker than expected, could be infected. We all have a rough idea of how long our batteries should last, so when they seem to drain unusually fast, it is often an indication that the phone is infected with adware, a type of malware that automatically renders advertisements in order to generate revenue for its author.”

According to Blaeser, adware hides in plain sight, posing as a legitimate app, and is notoriously heavy on ‘juice’.

Malware infection may cause performance problems as it attempts to read, write or broadcast data from your device. If you find your device is ‘laggy’ and you are restarting it several times a day, this could be a sign of malware, says Blaeser. He adds that users should check their Random Access Memory use and CPU load, as this could show that they have active malware on their phone.

“Another sign you could have a malware infection on your mobile is if you notice an unusually high amount of dropped called or unusual disruptions during a chat. Malware can impact on calls, and although often the mobile carrier can be to blame, check with them, and if they say it’s not their fault, it could mean that an individual is attempting to listen in on your calls, or that a piece of malware is up to no good.”

A further indication, he says, is an unexpectedly high phone bill. “A lot of malware works by infecting smartphones, and then sending out SMS messages to premium-rate numbers. In addition, there are also strands of malware that attempt to make money by making calls from your Android smartphone. Similarly, a sudden increase in data usage could mean that something is amiss. There is malware out there that smuggles data from your phone to a third-party. This can be picked up when scrutinising your data plan bill. Anomalous changes to your usage and download patters could mean your smartphone is under the control of a cyber criminal,” says Blaeser.

“If you do find that you have fallen victim to malware infection, you have several options. Delete the culprit app, and reset your phone to its original factory settings, once you’ve saved the files you need. However, prevention is better than cure. There are some good apps available such as Bitdefender’s clueful, a free app that acts like a privacy consultant showing what installed apps do in the background, without your knowledge. It checks your apps against Bitdefender’s constantly updated Cloud, calculates your privacy score, and informs you as to which apps are sacrificing your privacy. It is also really important to have a good mobile security solution, such as Bitdefender Mobile Security, that gives your mobile devices total protection from malware.”

Another good idea is to closely examine each and every permission that applications ask for before downloading them. “Ask yourself why particular app would need a certain permission. If you can’t think of a good reason, the app could be dodgy, so think before hitting the ‘accept’ button,” he concludes.

Behind the scenes ……
Intact Software Distribution is a dedicated software distributor focusing on providing a full range of security software solutions, coupled with the service performance and know-how of an experienced and specialised solution provider. They provide a focused approach to support and technical knowledge transfer in association with the channel. Where required, the company assists with implementation of the products. Intact Security is specifically focused on customer satisfaction, providing an all-round peace of mind scenario which results in collaborative engagements facilitating clients’ needs and requirements.
Intact Software Distribution’s offering consists of the full Avira, G Data and StorageCraft ranges, as well as the Bitdefender and Kaspersky corporate products.