By eBizRadioSeptember 12, 2022No Comments3 Mins Read 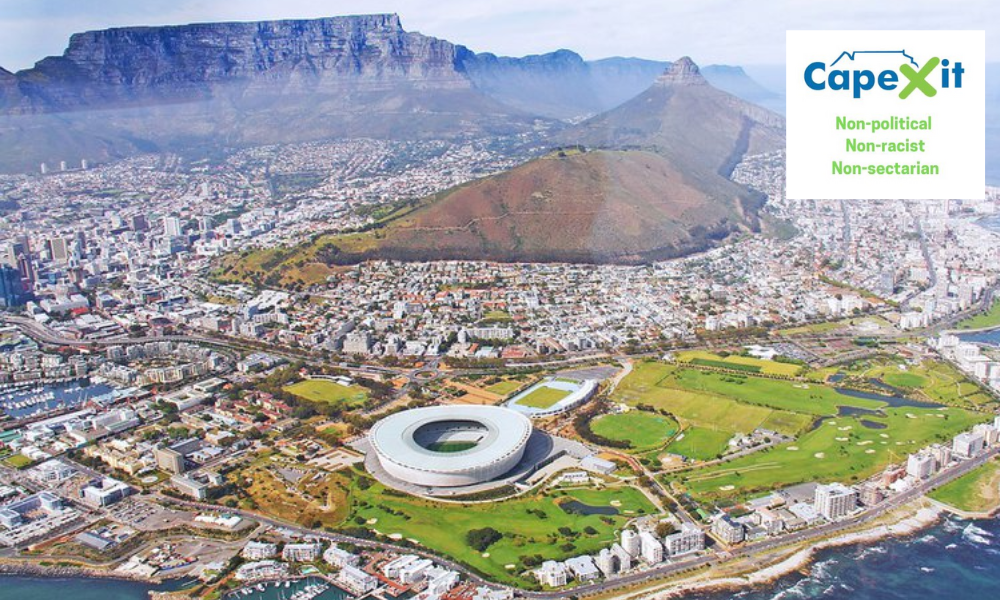 The Western Cape is seeking its independence from the rest of South Africa. Is this possible and how will this be achieved? CapeXit, is a registered NPO and NOT a political party (the name capexit on the previous ballot papers was another political party who decided and was allowed to us the name as their abbreviation).

Ingrid von Stein was joined Des Palm, one of the 4 directors of this NPC to find out more about CapeXit, its vision and goals. In order to call for a referendum for change 1.6 million signatures of support are needed in the Western Cape. Currently they have just over 825 000 and are gaining support at a rapid rate. You may have seen or heard over the weekend that a number of countries are now seeking their independence from the United Kingdom as well.

The vision for CapeXit is to have the Western Cape Region of South Africa declared as an Independent Country. You may ask how can this be possible? The steps are as follows:

A referendum on the Western Cape Independence calls for independence so that this new independent country can:

How you may ask? By implementing a direct democracy using the Swiss Canton System and by becoming a tax haven using the TEAL system, which is an acronym for Total Economic Activity Levy.

The idea, in its most simple form, is that instead of heavily taxing income, profits and all the plethora of sources available to the modern state, with all their costs, to the state and the tax-payers, and all the exceptions and special considerations (meaning that if you have sufficient access to the tax system you may be exempted from all or part of a tax), instead of all that complexity, everyone pays a small percentage of their activity in the economy.

This may appear complicated until you realise that all the major economic activity of an economy pass through the banking system.  By levying a very small percentage of each transaction, of each and every deposit and payment of each and every bank account in the economy, you collect an enormous sum of money.