By eBizRadioJune 2, 2022No Comments5 Mins Read 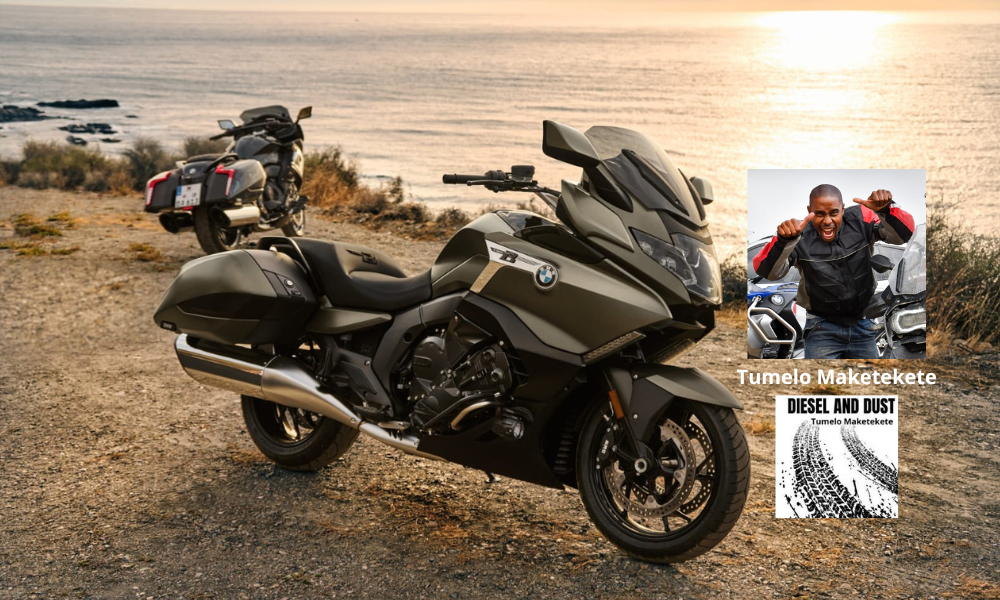 What if BMW Motorrad made Quantums? What if the ‘K’ in the new BMW K1600 stood for ‘Khwan-tham’ as we have come to associate in Toyota’s people-movers that crowd any taxi rank in South Africa? That could be an interesting conversation amongst people in such circles. Whilst that idea is unlikely for the German motorcycle company, it is an idea that comes to mind considering their sales figures and presence on our roads.

BMW recently launched their new BMW K1600 GT, GTL and Bagger tourer range. Aimed at the older rider who has probably been through all the bikes throughout the range, from super bike right through to adventure, who now is in their age, but still thirsts for riding to luxurious, far away destinations with the partner.

This is the same motorcycle brand that manufactures the BMW R1250 RT (a smaller tourer sibling with their latest ShiftCam legendary boxer engine) that is also synonymous with police and law enforcement agencies, but which is much lighter and has its own riding character and identity. The RT is a beautiful and versatile bike in its own right and no opposition to the big six-inline luxury older brother.

If we are to go by looks only, the new range of BMW K1600 is nothing but stunning. Whether you opt for the GT, GTL or the Baggar, either one is class-leading on its own. The new full LED headlight with LED lens technology and iconic daytime running lights is miles ahead of its competition. Add to that, is another standard component of the headlight, the swivelling ‘adaptive headlight’ function.

BMW Motorrad uses the water transfer printing method to paint the panels on these touring beasts, meaning that no two bikes will ever have the same paint pattern, thus adding to the bikes’ exclusivity.

The design lines flow to the rear of the bike, incorporating luggage boxes on either side before culminating harmoniously with rear LED lights. From the rear, and below the boxes, two exhausts pipes protrude, almost trying to hide away from the glamour.

Taking centre stage of the cockpit is the new 10.25-inch TFT colour display with integrated map navigation, easy-to-use route planning and connectivity as standard. The Bluetooth connection is really user-friendly, even with the ability to connect rider helmet and/or pillion helmet. On either side of the TFT screen are two radio speakers, efficient at highway speeds and with the wind blowing mildly. But, at such speeds, I found myself listening to the music from the beautifully tuned six-inline updated engine.

The new BMW K1600 GT, GTL and Bagger are powered by an updated six-cylinder in-line engine that respects EU-5 emission standards. The engine employs a BMS-O engine control system which has two knock sensors and an additional two lambda probes (making them four, compared to just two of the previous K1600 range).

The power output demanded from the K1600 remains unchanged at 118 kW, though it is now available much sooner at 6 750 rpm (previously 7 750 rpm). On launch I found myself excited like a kid in a toy shop as I was engaging this power band. I now know what it feels like to be a symphony conductor. There are very few sounds any man would love to hear them scream in his ear, the synchronized band that is capable of 180 Nm (five more than the predecessor) of torque at 5 250 rpm, must be added to that list.

And, if that is not enough fun that can be had on a bike, next generation Dynamic ESA electronic suspension with fully automatic load compensation is put to use, offering elevated levels of safety, performance and comfort to supplement the entire range package.

For a seemingly bulky tourer, I found myself having way too much fun on the K1600 GT, the Bagger not so much, nothat there was anything wrong with it, but it is not my kind of bike, especially those foot platforms that made me feel like a glorified pizza delivery boy. The GT is agile, light to command and control, and way too athletic for a tourer, I thought (I am definitely not complaining).

I can foresee a few problems with the new BMW K1600 GT, GTL and Bagger range, firstly there will not be enough time to ride them across the country and possibly across the continent. And even if there was enough time, you would spend most of it fighting off potential ‘wanna-be’ and impatient pillions. And last, but not least, you may end up divorced, having ignored the wife for buying yet another bike. But this is not another bike.

While these are not the popular people-movers, we have come to know in taxi ranks, BMW Motorrad have figured out the recipe to move souls in luxury, while still growing their market dominance. The GS is one such example, having being a point of reference in adventure bike circles.