·      Audi has given its A8 flagship a refreshing update.

·      The engines are even more powerful and efficient, while new assistance systems and the innovative Matrix LED headlights provide for an added level of composure.

·      Both these engines are available on the normal and long-wheelbase models and require ultra-low sulphur diesel.

·      Audi is the only manufacturer to offer a V8 diesel engine in the South African D-segment; however, Mercedes and Bmw offer hybrid models instead. 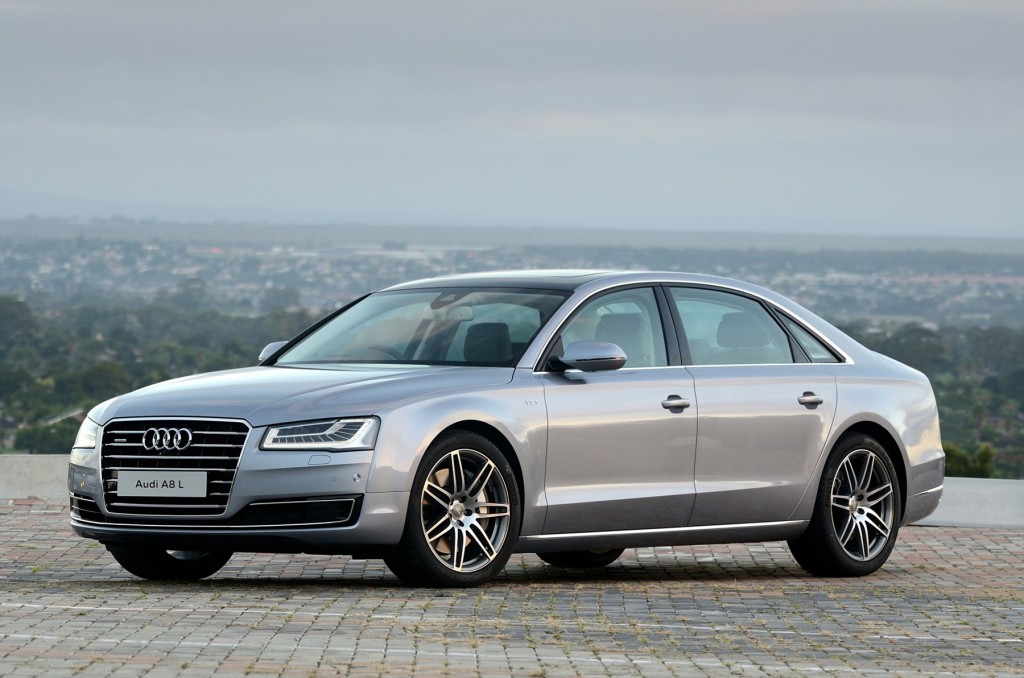 The Peugeot 208 GTI trying to channel the spirit of its seminal predecessor, the original 205 GTI. Thegandra Naidoo finds out if it gets close.

And Peugeot is also promising a return to the “GTI spirit” of its seminal predecessor. Let’s see… 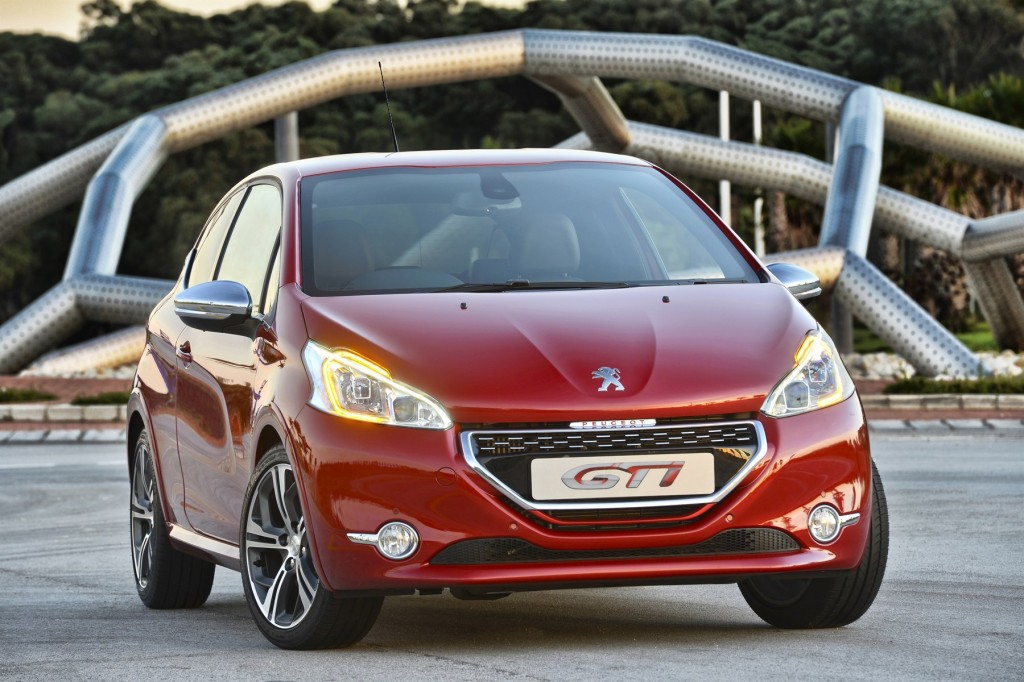 Underneath the 208 GTI uses a combination of familiar parts from throughout the warmer end of the PSA Peugeot Citroen family. The engine is the BMW-PSA 1.6L turbocharged four-cylinder petrol, as also seen in the Mini, and here in the same 147kW state of tune previously seen in the Peugeot RCZ.

There’s no limited-slip differential, although the stability control will try to redistribute torque if necessary, and the only gearbox choice is a six-speed manual – an interesting point of distinction over the twin-clutch paddleshift-only Renault Clio RS.

Suspension settings have been reworked over those of the standard 208, with spring rates increased by around 20 per cent, thicker (and firmer) dampers plus a sturdier anti-roll bar. It also sits a modest 8mm closer to the ground, and comes with standard 17” alloy wheels.

The GTI uses the standard car’s electric power steering system, which has been software tweaked to increase its weighting. The brakes have been uprated with 302mm vented front discs gripped by red-painted callipers.

Strangely, despite the promised “spirit of GTI”, Peugeot executives in Europe have emphasised that the 208 GTI has been designed to deliver both performance and comfort, and that the development was carried out entirely on road. The company’s senior engineers believe that cars designed for tracks don’t work in the real world… 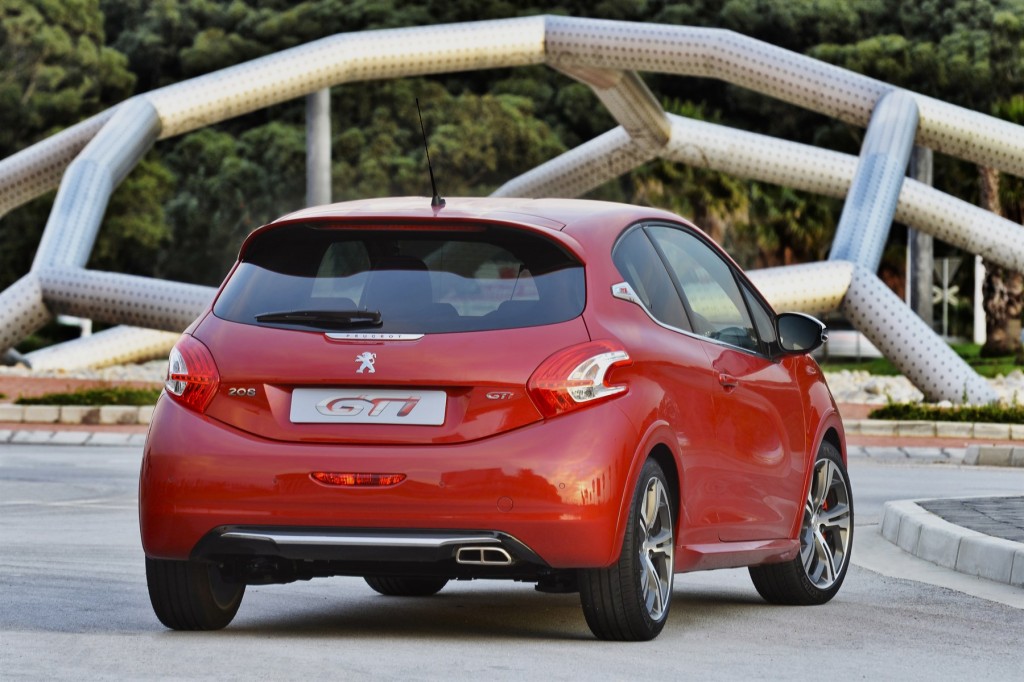 Equipment levels are good and the 208 GTI is very refined at cruising speeds. The small diameter sports steering wheel is too small to allow you to see the instruments through it, meaning that most drivers will find their view of the speedo limited.

The dashboard is clean and nicely laid out, typically like other French cars. The front seats are very supportive, almost bucket-like, and covered in a combination of leather and red/black material trim. 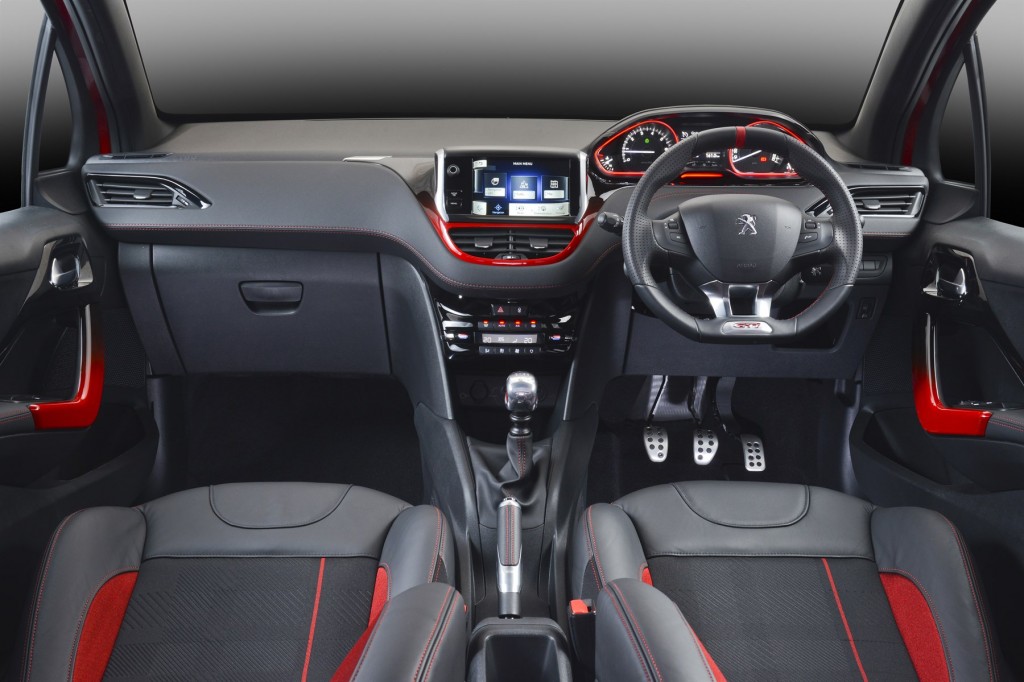 There’s no shortage of engineering in the chassis. It’s a talented car, and capable of shrugging off extreme use with what feels close to disdain; indeed, it’s quick enough cross-country to make us curious as to whether it will be able to out-gun the new Clio. Unleashed, the GTI sticks faithfully to a chosen line, grips extremely well and gets its power down without fuss in everything except the slowest corners. As promised, the suspension also smoothes out rougher road surfaces impressively well.

The engine is effective, if uninspired. I know it is possible to turn this motor into a real cracker, both the Mini JCW and Works GP models prove it, but in the 208 it lacks character and suffers from turbo lag.

The sports exhaust adds volume without aural character, and the motor itself felt increasingly tight above 5500rpm, although my test car had just 80km on the clock when we got it.

It’s effortlessly fast and easy to drive at serious speed, but the chassis lacks accessible adjustability – ESP off or on – and the steering masks almost all feel beneath its electric assistance. On the roads I tested it on it felt over-tyred, I’d happily have sacrificed some of the massive grip. I tend to get excited when a FWD understeers!

But you can drive it right up to and even over its limits and it won’t get ragged, and the back end will break free if you’re willing to trail-brake hard into a bend. When it does, it’s easy to catch and not the pulse-quickening event everyone associates with the 205 GTI.

The 208 GTI is not, but the chassis’ nimble agility works brilliantly on testing roads but also makes it refined in everyday life. 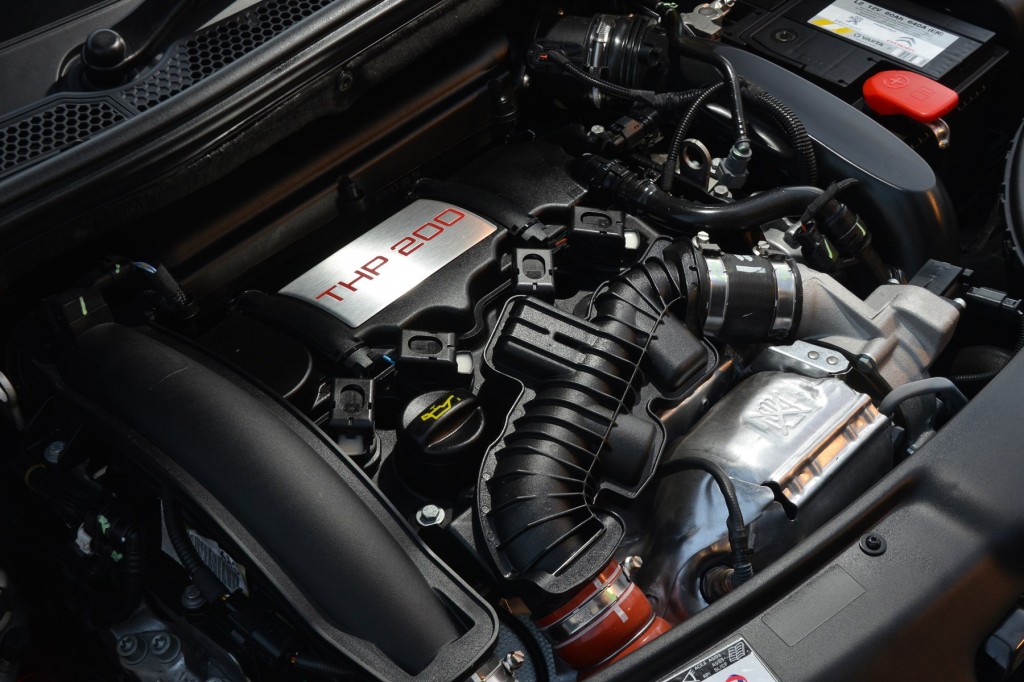 How does it compare?

Its most troublesome rival is the Ford Fiesta ST, undercuts the Pug, at R267 000. The Peugeot 208 GTI is a fantastic package, but its R30 000 more than its launch price a few months ago. Its price, however, does include a 5 year/60 000km Premium Maintenance Plan.

My recommendation is the Mini John Cooper Works. It’s much pricier than the Peugeot, but despite being on sale for over six years, it remains one of the most insatiably fun hot hatches to drive.