On August 24 this year, Intelsat announced that Intelsat 33e, the second of seven planned Intelsat Epic high throughput satellites, was launched successfully from French Guiana aboard an Ariane 5 launch vehicle. Intelsat 33e, manufactured by Boeing, will bring high throughput capacity in both C- and Ku-band to the Africa, Europe, Middle East and Asia regions.

According to Africa Bandwidth Maps, Africa’s terrestrial network reached 732,662km in 2012. The fibre reach map clearly shows that most of Africa’s main urban hubs are now connected by fibre transmission networks. It also shows that the national networks are steadily increasing and connecting secondary cities. So why develop new satellite technologies? Why invest billions in satellite services for Africa when fibre and mobile services are ever expanding and reaching more and more of the population? 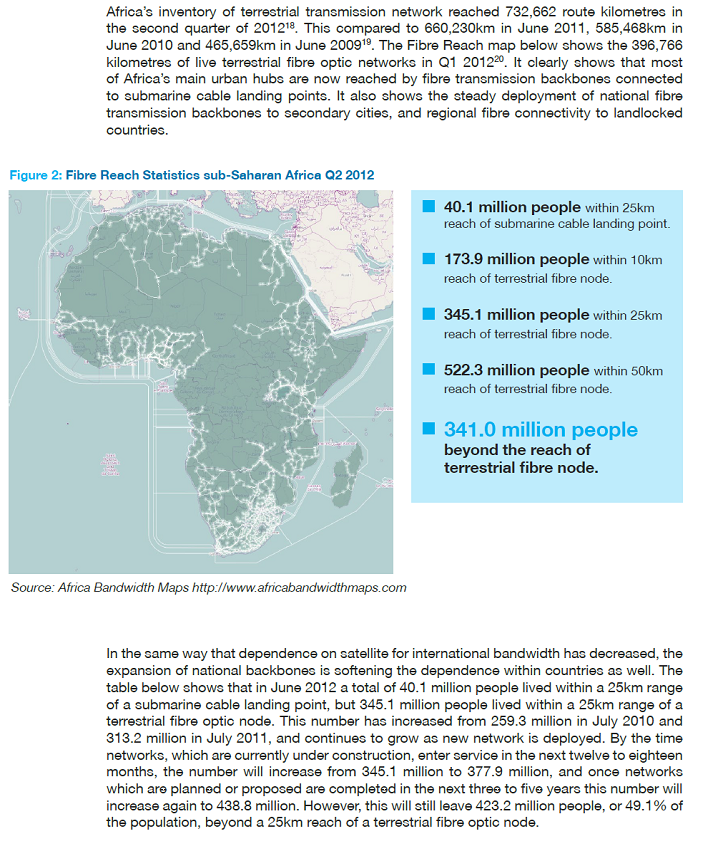 This answers why satellite in becoming an increasingly important connectivity technology. We need every possible technology option to meet the ever-growing demand for always-on everywhere connectivity. This includes fibre, wireless, mobile networks, Wi-Fi and satellite. Plus, satellite offers some interesting advantages in providing services over vast areas, with rapid deployment programmes.

There is a perception of satellite being slow, having a latency problem and being expensive. With satellite being used as a telecommunication medium since the 1960’s, it is understandable that some perceptions will persist, and technical teams tend to judge satellite from early references or general market perceptions.

The reality is very different. Satellite networks and related equipment have steadily improved, and today provide an effective alternative for broadband and corporate data connectivity. Furthermore, the gradual improvement of geostationary satellites has now taken a major step forward with the development and introduction of High Throughput Satellites (HTS).

To understand the metrics of HTS, we need to take a step back and consider the basic principles of satellite networks. In their simplest form, geostationary telecommunication satellites are “signal mirrors”. A satellite receives a signal from the user satellite terminal and “reflects” or “relays” this signal on to the central hub or base station. The power level of the transmission signal greatly determines the maximum data rate and the effective cost per MB. The more power, the higher the data rate and the lower the MB cost.

The next logical step is therefore to increase power in order to further reduce MB costs. Unfortunately, this will also result in reduced signal coverage areas, or smaller signal zones. Finding a solution for this “design dilemma” is the basic advantage of HTS solution architecture.

By introducing multiple beams that can increase the satellite signal power through reducing beam zones, the satellite’s effective total performance is based on the sum of multiple single beam satellites. This provides a multiplication factor in data rates, a reduction in data costs and the introduction of multiple spot beams. The basic HTS design thus relies on frequency reuse to create multiple spot beams with higher signal power levels. This principle is applied in C, Ku and Ka-bands and doesn’t relate only to Ka-band technologies. 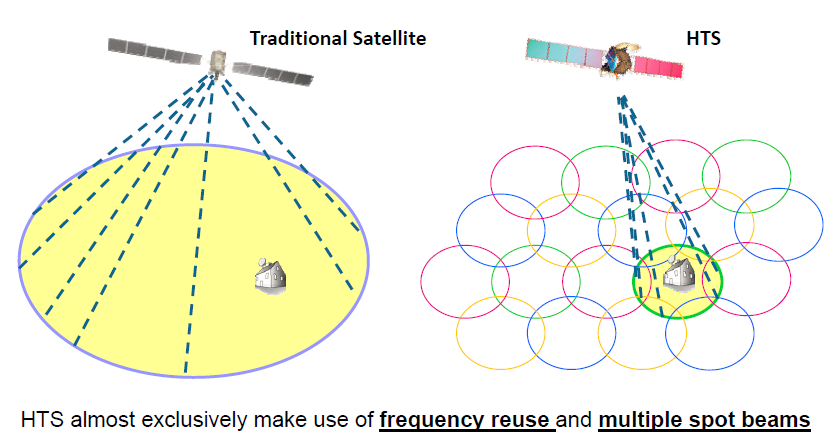 The introduction of HTS-based services and solutions to the market will require various industry, market and implementation changes. The satellite industry is evolving at a rapid rate to meet all these challenges and make this a reality.

Going forward, satellite-based telecommunication services will certainly keep growing and will be the lead options for connecting the 340 million people beyond the reach of terrestrial networks.

Behind the scenes – For over 25 years, Q-KON has provided wireless and satellite solutions across the African continent. Helping businesses harness technology for growth, gain access to new markets, and uplift communities, Q-KON has established an extensive pan-African implementation and delivery capability.