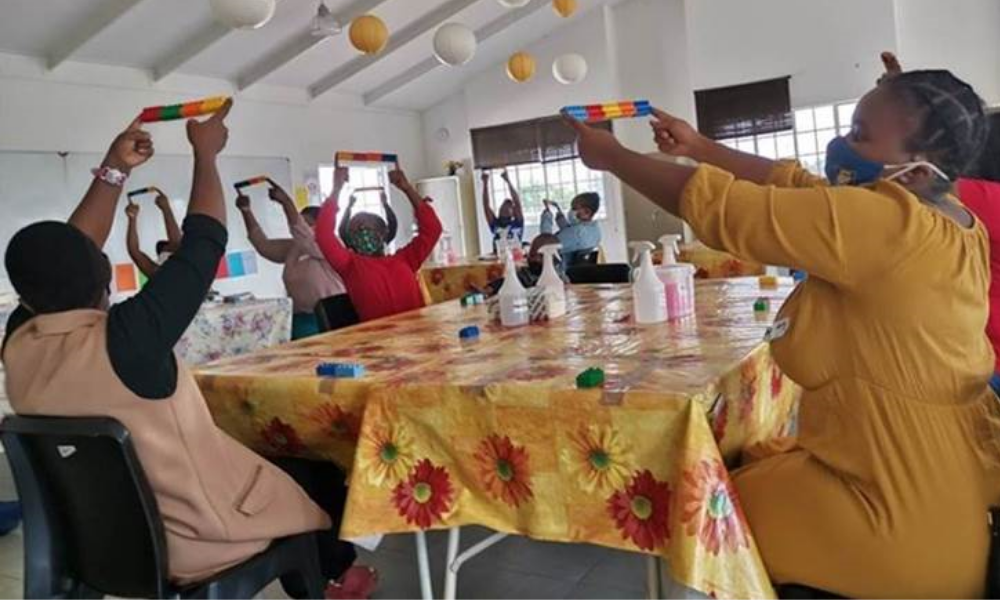 The recent pandemic and subsequent lockdowns have forged a new relationship between schools and parents, or family members performing the role of a parent. Where before the pandemic most parents had little to no involvement in their children’s education beyond helping out with homework or attending events like sports, concerts, or the odd parent-teacher meeting. Then the pandemic struck and parents had to take over the role of teacher in many cases. Now as we start building a new resilient way of living, parents will be called upon more than ever to take an active role in their children’s education.

We spoke to Mabel Sikhakhane, Head of Department of pre-primary and Chairperson of the School-Based Support Team at Nokuphila Primary School, about the importance of parents’ involvement in their children’s education, especially in poorer communities like Thembisa.

According to Sikhakhane, parent involvement can range from something as simple as responding to a communication from the school, which requires very little effort, to parents attending workshops specifically tailored to support them in their parenting role. The latter requiring a lot more dedication. These workshops are extremely useful for family members in their Nokuphila community as the learners require significant psychosocial support and empowerment, which Sikhakhane and her team provide.

Sikhakhane also points out, quite rightly, that parent involvement should take place regardless of the age of the child. Often parents may feel that if their children are in preschool that they don’t need to be involved yet, but the opposite is true. She explains that during these early formative years, it’s vital that parents take a keen interest in what and how their children are learning at school. This needs to be reinforced at home by providing opportunities for their children to continue learning (often through play or completing simple stimulating tasks) under the parent’s supervision. Although the results aren’t immediately evident, children will be stimulated, which in turn develops their cognitive ability, their curiosity, and their enthusiasm to learn.

Parent involvement in their children’s schooling doesn’t just contribute to their child(ren)’s academic success but, according to Sikhakhane, to their security, personal development, and life choices as well. “In such poor communities like ours,” says Sikhakhane, “children are exposed to different harmful factors that can influence their learning and their schooling. For example, crime, alcoholism, and drugs. It’s therefore not surprising that student attrition is mainly in the townships. Because of the prevalence of noise pollution, crime, school dropouts, substance abuse, if the parents are not involved it’s easy for learners to be influenced and negatively impacted by these factors, and abandon their schooling.”

According to Sikhakhane, children of parents who show an active interest in their learning tend to be more open about talking about their day at school, and parents have an open dialogue with the teachers. This means teachers have a better understanding of what’s going on at home and parents are aware of how their children are doing at school, not just on an academic level but personally as well. This builds trust between parents and teachers, as well as between the learner and their parents. It also instils confidence in both the learners and their parents. Both of which are qualities needed to build strong relationships between the schools and parents, to the benefit of the community at large.

Sikhakhane believes that the confidence and trust that the parents have in Nokuphila and the efforts by The Love Trust to help provide the best quality education for their children is reflected in the often-repeated request for a Nokuphila high school: “so that our children can have this good education going forward.” They’ve also received a number of queries from parents wanting to enrol in the e early childhood development (ECD) teacher training programme that The Love Trust runs. “Parents are interested,” she states, “they want to be educated, and they take an interest in the school. If you call them they respond. If you write letters, they reply.” Another aspect of Nokuphila that encourages parent participation is the fact that Sikhakhane and her team assist learners to apply for scholarships to prestigious high schools such as St John’s College.

About The Love Trust -Founded in 2009, we are a South African non-profit organisation (NPO) with a vision to nurture future generations of servant leaders and provides vulnerable children with quality education and social care that includes academic excellence, spiritual strength, and moral integrity. Visit the Love Trust website at www.lovetrust.co.za