By eBizRadioJuly 24, 2015No Comments6 Mins Read

The new VW Polo GTI has swopped the 1.4L twin charger engine for a 1.8L unit and its kicks automotive butt.

In years gone by, you wouldn’t have made it past the bouncers at the hot-hatch club without a loud, raspy exhaust note to follow the clutch-dropping ceremony at every second stop street as well as suitably rock-hard suspension, vice grip-shaped sports seats and a menacing body kit to go with the obligatory backward turned baseball cap on the driver’s head. 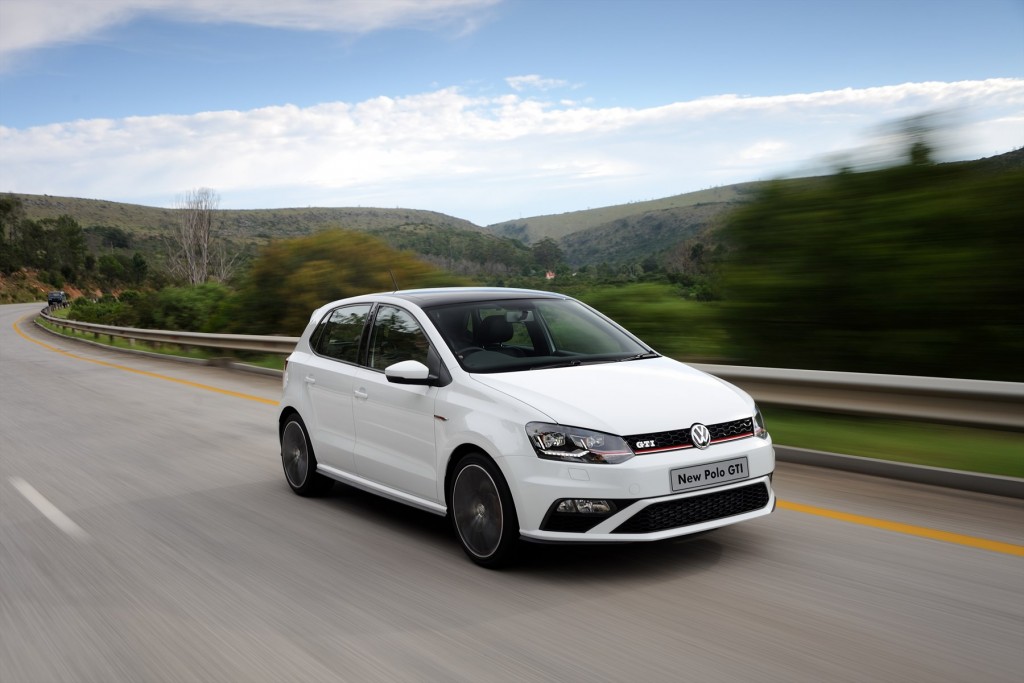 I never really learned to wear my cap the wrong way round but I must admit that 10 years ago I had a serious appreciation for the typical old-school hot hatch, to the point where I could easily overlook the fact that it was about as comfortable as sitting on a jagged rock during an earthquake.

Obviously I’m exaggerating here, but looking back at those boy-racer rides make me realise how much I’ve “grown up” over the years, even coming to value fancy interiors a lot more and qualities like a smooth ride. It sometimes feels like the modern hot hatch has grown up with me, but now the face-lifted Volkswagen Polo GTI is making me question my own progression. 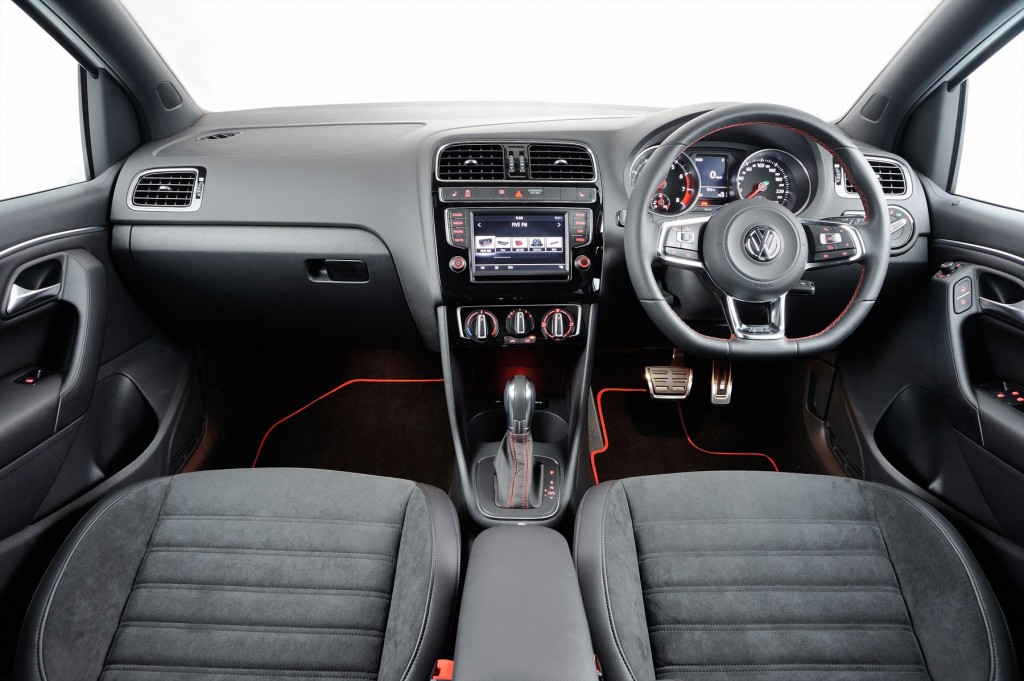 In the first few days with GTI junior my schedule subjected it to long, tedious slogs through city traffic and what struck me most was that in these conditions I felt like I was driving any other Polo. Its predecessor had a menacing mumble even at pedestrian pace and its arch-foe Fiesta ST is fun to drive at practically any speed, yet the new Polo GTI is just so silent, insulated and sophisticated that it hardly feels like a hot hatch.

On paper it seems promising enough, having swopped the previous twin-charged 1.4L TSI turbo petrol engine for a 1.8L version of VW’s third-generation EA288 TSI, with power having risen by 9kW to 141kW. 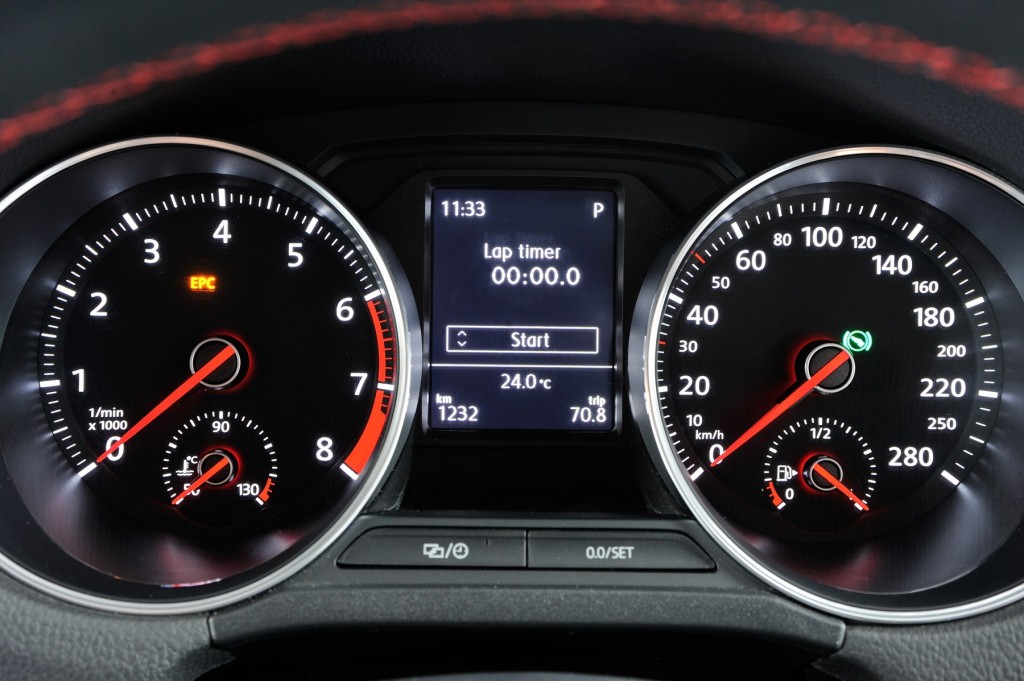 Torque in the seven-speed DSG version, featured here, remains at 250Nm as the gearbox doesn’t appear to have been designed for any more than that, but that twisting force is available across a far broader rev range: between 1250 and 5300rpm. Fuel consumption is reasonable enough for a hot hatch, with our unit having averaged 9.1-litres per 100km.

A manual version of the Polo GTI is set to become available shortly and in this case maximum torque rises a whopping 70Nm, albeit within a slightly narrower rev range.

The drive out on the N4 to Rustenburg gave me a chance to stretch its legs a bit and here the GTI’s huge power reserves and instantaneous delivery made light work of those sometimes challenging roads full of road hogs.

On the test strip, the Polo charged to 100kph in an impressive 6.7 seconds, putting it within 0.2 seconds of the Golf GTI. I’m certain that some form of launch control would have produced an even better time as there is a slight lag on pull off, although it’s not something you’re going to notice in everyday driving.

Other than that little niggle, the DSG gearbox is fantastic, delivering quick but notable gear-changes and also offering a set of flappy paddles to play with when you’re feeling fidgety. 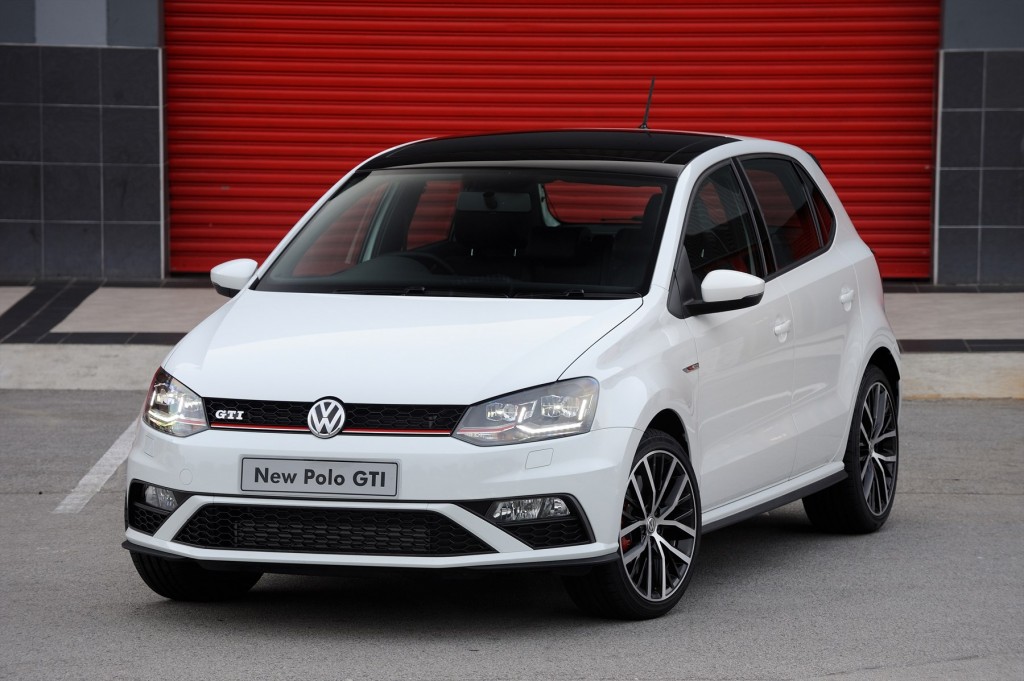 When it came to the suspension tuning, VW’s engineers refused to go all soft on us and the result is that the Polo still has a rather firm suspension. Sure, the ride quality is well within the tolerable range over most tarred surfaces but it would be a stretch to call it comfy. It’s quite clear that handling was a priority here and it shows in the Polo’s point-and-squirt agility, improved further by the XDS+ electronic diff that brakes the inside wheels where necessary, and lack of body roll.

If dynamic adaptability counts a lot in your book, you will soon (when the manual arrives) be able to order your Polo GTI with adjustable dampers, as well as a sport package that also adds some zing to the steering, throttle and engine note at the touch of a button. 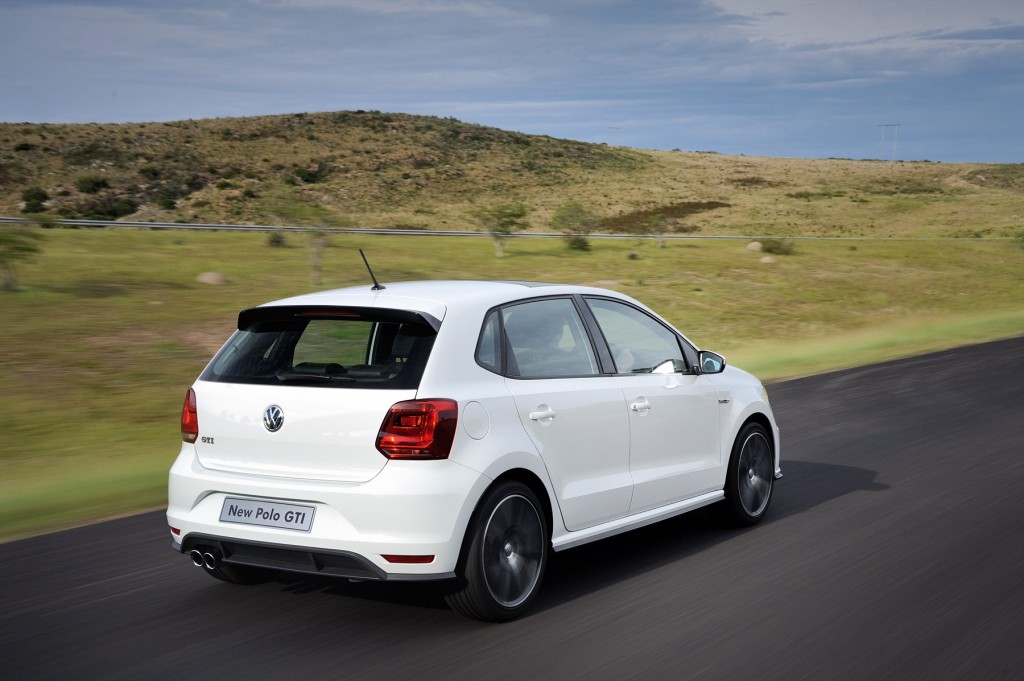 Talking gadgets, the Polo GTI’s cockpit has been brought up to date with a 5.8” colour-touchscreen “Composition Media” infotainment system with a proximity sensor and audio streaming capability.

The cabin is a real class act, where that typically snazzy VW tactile quality is spiced up further with some racy touches, including an Alfa-like “tubular” instrument cluster, flat-bottomed GTI steering wheel, alloy-look pedals, plenty of red stitching and a gorgeous pair of sports seats up front, upholstered in Alcantara and synthetic leather. All I can really nit-pick about is that the ventilation system only has four speeds and rear legroom is a little on the tight side.

The Polo GTI impresses with its gutsy performance, solid chassis and classy interior although it is also premium priced at R326 400. It’s a truly sophisticated hot hatch, but in achieving that it lacks the fun factor of more involving contenders like the Fiesta ST. It just leaves me wishing for more drama. Or maybe I’m just refusing to grow up.