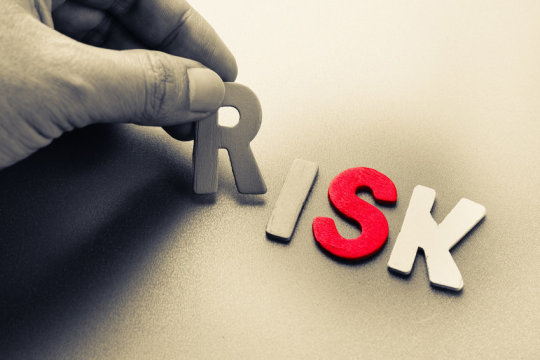 In the wake of mega data breaches and privacy scandals, major IT outages and the introduction of tighter data protection rules in the European Union, South Africa and other countries, cyber risk is now a core concern for businesses in 2019 and beyond. According to the Allianz Risk Barometer 2019, Cyber incidents (37% of responses) are neck-and-neck with Business interruption (BI) (37% of responses) as the top business risks globally[1]. Climate change (#8 with 13% of responses) and Shortage of skilled workforce (#10 with 9% of responses) are the biggest climbers globally. At the same time companies are more worried year-on-year about changes in legislation and regulation (#4 with 27% of responses) resulting in impacts such as Brexit, trade wars and tariffs. The annual survey on global business risks from Allianz Global Corporate & Specialty (AGCS) incorporates the views of a record 2,415 experts from 86 countries including CEOs, risk managers, brokers and insurance experts

“Companies need to plan for a wide range of disruptive scenarios and triggers as this is where their big exposure lies in today’s networked society,” says Chris Fischer Hirs, CEO of AGCS. “Disruptive risks can be physical, such as fire or storms, or virtual such as an IT outage which can occur through malicious and accidental means. They can stem from their own operations but also from a company’s suppliers, customers or IT service providers. Whatever the trigger, the financial loss for companies following a standstill can be enormous. New risk management solutions, analytical tools and innovative partnerships can help to better understand and mitigate the modern myriad of business interruption risks and prevent losses before they occur.”

Business interruption remains the top threat for businesses worldwide for the seventh year running and is the top risk in countries such as the South Africa, US, Canada, Germany, Spain, Italy and China. Potential BI scenarios are becoming ever more diverse and complex in a globally connected economy, including breakdown of core IT systems, product recalls or quality issues, terrorism or political rioting or environmental pollution. In South Africa, BI is a major concern for companies ranking at #1 according to the Allianz Risk Barometer 2019 report.

“BI can lead to significant income losses, but also because multiple new triggers are emerging, especially non-physical damage or intangible perils, such as cyber incidents, and disruption caused by political violence and strikes. This trend is driven, in part, by the rise of the ‘Internet of Things’ (IoT) and the ever-greater interconnectivity of machines, companies and their supply chains which can easily multiply losses in case of an incident,” says AGCS Africa CEO Thusang Mahlangu.

Both cyber and business interruption risks are increasingly interlinked as ransomware attacks and accidental IT outages often result in disruption of operations and services costing over a hundred of millions of rands . Cyber incidents rank as the BI trigger most feared by businesses (50% of responses), followed by fire (40%) and natural catastrophes (38%). At the same time, BI is seen as the biggest cause of financial loss for businesses after a cyber incident (69% of responses).

Increasing concern over cyber incidents follows a watershed year of activity in 2018. “Cyber risk has been a major risk for a number of years, but as with any new risk it has struggled with awareness,” explains Marek Stanislawski, Deputy Global Head of Cyber, AGCS. “We have now reached a point where cyber is equally concerning for companies as their major traditional exposures.”

Cyber crime now costs an estimated $600bn a year up from $445bn in 2014[2].This compares with a 10-year average economic loss from natural catastrophes of $208bn[3] – three times as much. While criminals use more innovative methods to steal data, commit fraud or extort money, there is also a growing cyber threat from nation states and affiliated hacker groups targeting critical infrastructure providers or stealing valuable data or trade secrets from companies. Cyber incidents are increasingly likely to spark litigation, including securities and consumer class actions. Data breaches or IT outages can generate large third party liabilities as affected customers or shareholders seek to recoup losses from companies.

Natural catastrophes (28% of responses) again ranked third in this year’s top 10 ranking of global business risks with 2018 being a more benign version of 2017 with its peak catastrophe losses, although economic losses still totaled close to $150bn3. Ongoing uncertainty over Brexit, global trade wars and tariffs, Expropriation Bill (in South Africa) fuel corporate concerns about changes in legislation and regulation (#3 with 28% of responses in South Africa) and 27% responses globally.

In South Africa, political risks and violence (#6 with 18% of responses) and shortage of skilled workforce (#10 with 13% of responses) are the biggest climbers. “Skilled workforce — and human capital more generally — has become the scarce resource of the digital economy,” says Ludovic Subran, Deputy Chief Economist of Allianz. “Competition is fierce between companies to get new recruits with competencies in artificial intelligence, data science, or ‘frontier risk management’ such as managing cyber or reputational risk as most of these jobs did not exist 10 years ago. Even attractive salaries do not suffice as the pool of recruits with the needed skillset is limited and the urgency to onboard them does not allow for on-the-job training.”

Climate change at #8 with 15% responses could not only be a harbinger of increasing losses and disruption from extreme weather events and natural catastrophes but is also likely to have big implications for regulation and liability considering rigid emission targets or new reporting and disclosure requirements in many sectors.

More information on the findings of the Allianz Risk Barometer 2019 are available here:

[2] Center for Strategic and International Studies, Economic Impact of Cybercrime – No Slowing Down

[3] Swiss Re, Preliminary sigma estimates for 2018