By eBizRadioAugust 12, 2015No Comments6 Mins Read

Performance enthusiasts are often spoilt for choice with the number of hot-hatch models currently available on the market. Think Golf GTI, Focus ST, Astra OPC and Civic Type-R. We’ve driven them all, waxed lyric about them and duelled at race tracks to crown the king of FWD hatchbacks.

But, when the latest Renault Megane RS 275 Trophy arrived at our office, I couldn’t resist being the first person to drive and review the marque’s flagship performance model. The Megane RS Trophy R is the fastest production FWD (although Honda seems to think they have gone faster) around the Nurburgring, cementing its place in history as one of the best handling production cars ever built. 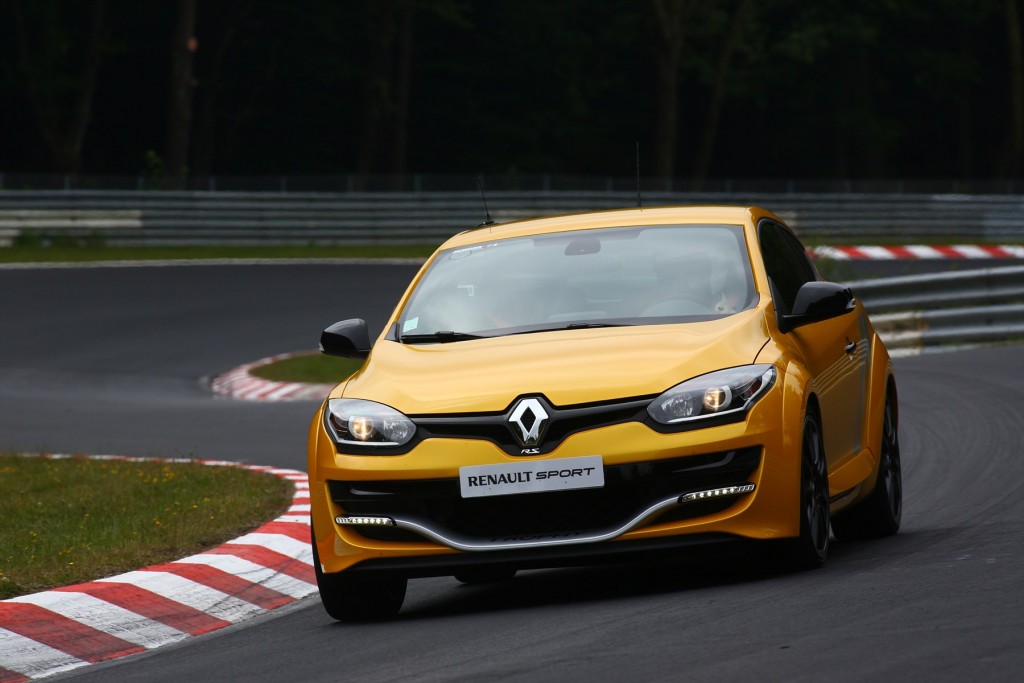 Gone are the days when Renault played second fiddle to German and Japanese rivals. Take the Clio IV RS, for example. Both models easily outgun rival models from Toyota, Honda and Volkswagen.

That’s why I was so quick off the mark to evaluate the Megane RS and determine if it has the panache and flair to rival with GTI or ST! 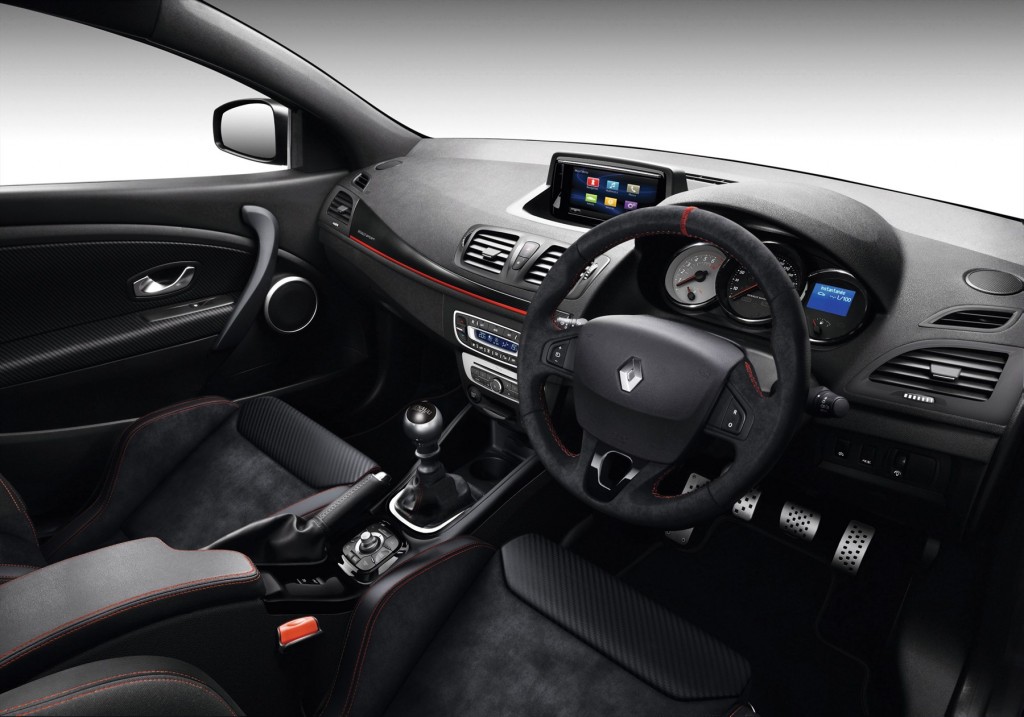 The racing flavour continues on the inside with Recaro bucket seats, a chunky steering wheel wrapped in alacantara, aluminium pedals, and carbon-fibre-like material on the door panels, among others. It doesn’t have the heated and electric seats fitted to the LUX model, but it designed to be a track-ready production car, and this has meant that many of the creature comforts were omitted.

The interior is airy with seating at the front, but the rear legroom isn’t much to scream about. The boot, however, is huge and possibly the best in its class. 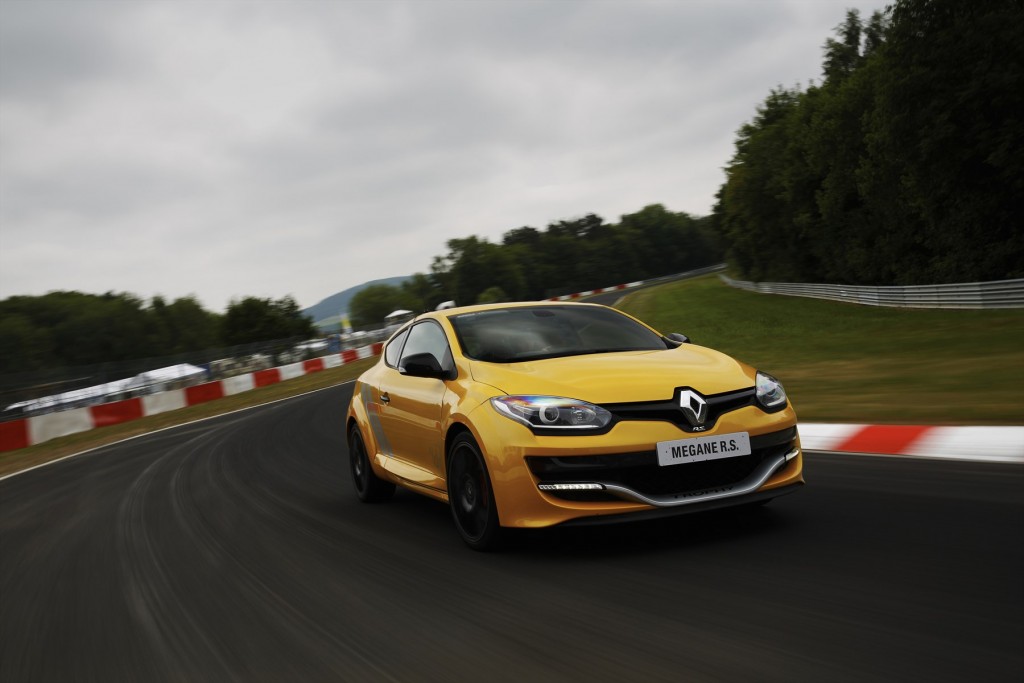 I was hoping, seeing that the new RS Trophy produces 201kW and 360Nm, would have four-wheel drive. Alas, it’s remains front wheel driven and fitted with a mechanical limited slip differential.

But, it’s equipped with a “Renault Sport Performance Hub” which mirrors Ford’s Revo-Knuckle. It has been designed to scrub off torque steer and minimise traction loss. And it works – the grip and poise is excellent. But there’s no getting away from the fact that torque steer is still there. I suppose it’s the price you pay for putting 300Nm-plus through a system that deals with the steering!

The engine is epic. It’s a 2.0L 16v engine with a twin-scroll turbocharger, Akrapovic Exhaust and updated ECU system. Twin-scrolling allows for a more efficient delivery of exhaust gases to the turbo by using two separate channels. This not only prevents wastage but reduces turbo lag as well.

Of course, there’s still some lag. But you can live with it especially when you consider that the full 349Nm of torque is available at 5 500 rpm. And, unlike most turbo hot hatches, which run out of steam when you approach the red line, the RS CUP just keeps accelerating. 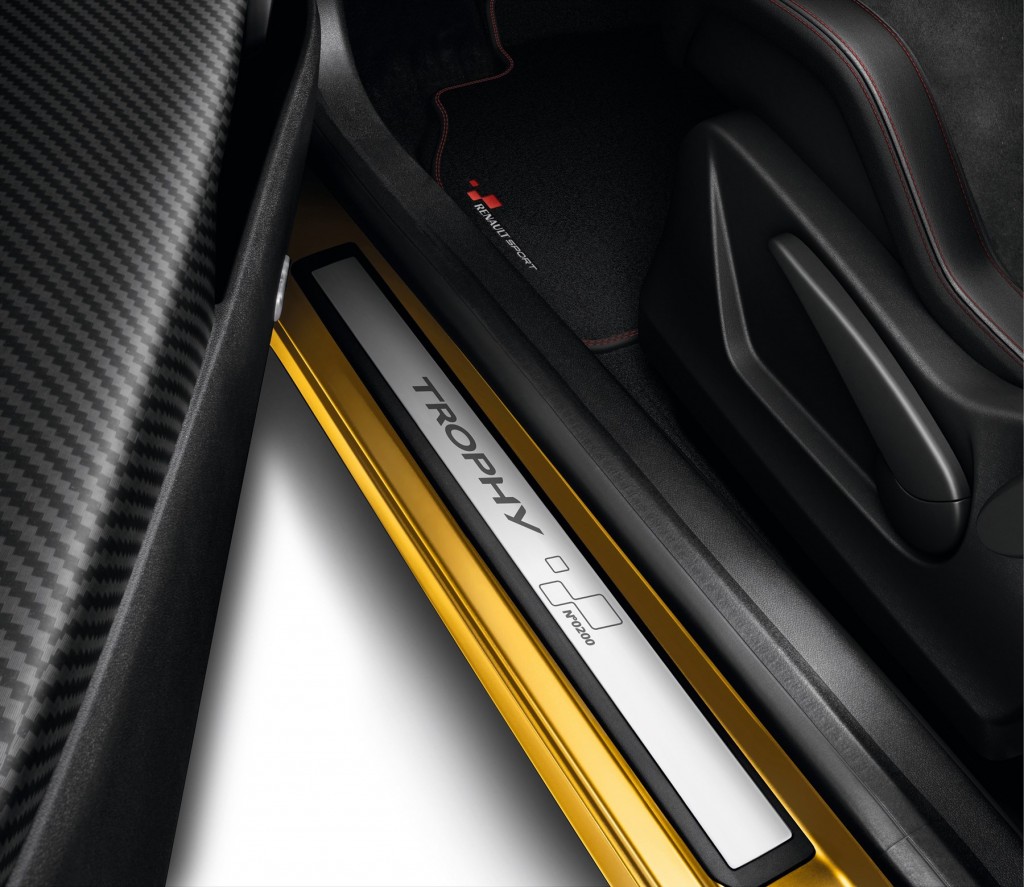 It’s equipped with a 6-speed manual gearbox, and I’m glad that Renault opted for this gearbox over the dual-clutch units found in most Golfs and Sciroccos these days. I prefer manual transmissions for a more exhilarating driving experience.

The Trophy Cup model is equipped with a stiffer suspension and massive Brembo brakes at the front and rear. Except, the Trophy isn’t nearly as hard you might imagine. It’s firm, but not bone crushing. Perhaps – a little more reassuring and preferred choice for track days. Safety equipment comes in the form of four airbags, ESP and ABS braking.

The ESP system can be adjusted to SPORT for a less intrusive setting and switched to a full RACE mode for an ultimate driving experience. Through mountain passes, with the ESP set to SPORT, I had to quickly find rhythm through the turns. The steering is precise, turn in is sharp and the brakes are commanding in their action.  On the open highway, it cruises effortlessly and remains fairly frugal with a tested extra-urban cycle of 8,3-litres per 100km. 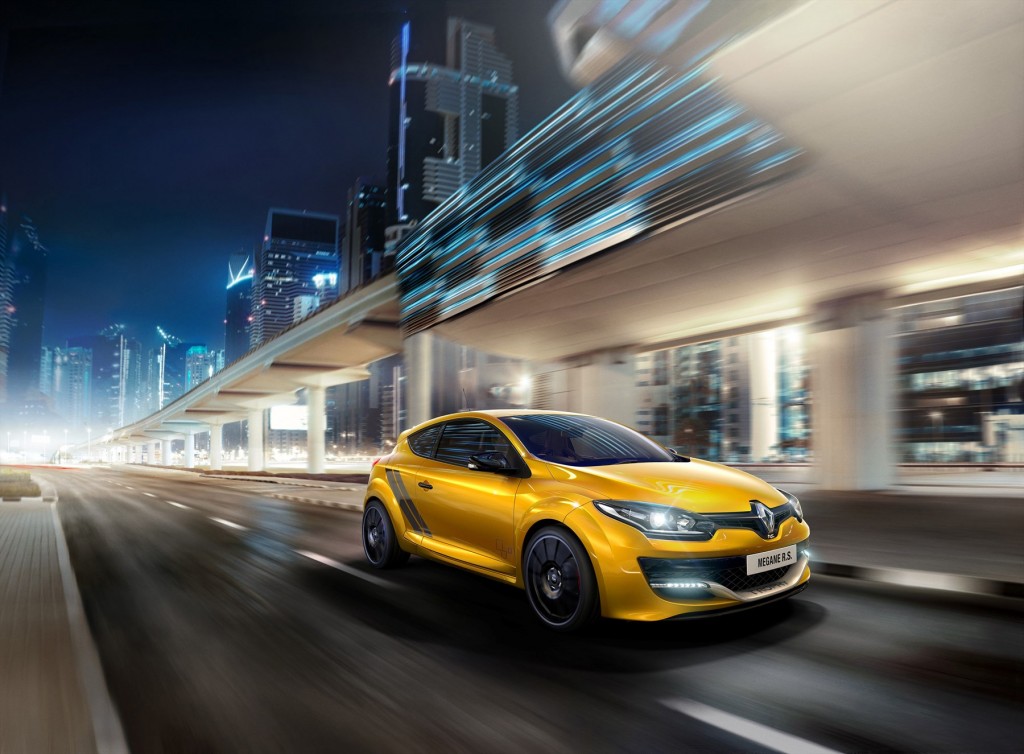 All good and well, but like some French cars, I couldn’t help but pick up on certain aspects that didn’t bode well. The USB port isn’t well-positioned, because it gets in the way of your cup holder. I also found that you cannot pick up the wiper blades when cleaning the car, and the only way to get around this issue, was to pop the bonnet and then pick up the blades.

The Megane RS Trophy 275 is priced at R449 000, and includes a 5-year/100 000km service plan and a 5 year/150,000km warranty. It competes against the Scirocco R and the soon-to-be-launched Focus RS. It’s a bargain for what you get, it’s a great all-round package and comes with all the bells-and-whistles for going fast all the time. It might be everyone’s cup of tea, but it certainly is the most inspiring FWD I have ever driven.