The last time we saw a special GTI make it way onto the market was back in 2012 when VW introduced the Golf VI GTI ED35. It was welcomed by the performance tuning fraternity because it was fitted an AE113 engine – the same unit found in the previous generation Seat Leon Cupra, the Audi S3, the Scirocco R and the Golf VI R.

While the ED35 produced just 18kW more than the standard Golf VI GTI at the time, it was equipped with a standard K04 turbocharger and some pretty adornments to the interior and exterior to set it apart from the standard GTI.

The latest Golf GTI was launched in Europe with two output options: a 162kW standard version and a Performance Pack offering 169kW. 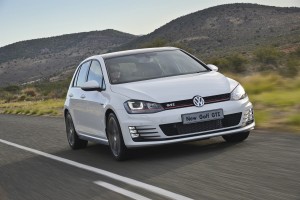 South Africa was only given the former option when the hot hatch hit our streets back in 2013, but now the Performance Pack has been made available for those GTI fans itching for an extra seven killer-watts and an even better chassis and a standard DSG gearbox.

DOES IT REALLY MAKE A DIFFERENCE?

According to Volkswagen’s official figures, the Performance Pack is 0.1 seconds quicker from 0-100km/h, taking 6.4 seconds, and its 4kph quicker overall with its 248kph top speed. The unrealistic claimed combined fuel consumption figure remains at 6.4-litre/100km.

While that performance gain is hardly going to make too much of a difference to anyone’s life, even to those that live life a quarter mile at a time, the Performance Pack also sets itself apart with some additional dynamic features, which has meant that VW can now compete with the 195kW Megane RS and the 206kW Astra OPC.

To eliminate any steering interferences, the new GTI top dog is fitted with an electronic front diff lock that allows a variable degree of locking, up to 100 percent. When the car’s control module picks up that one of the front wheels is slipping, the diff lock’s plates redistribute drive torque to the other wheel to increase traction. 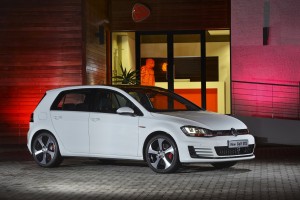 The other fancy chassis gizmo exclusive to the Pack is an adaptive damping system called Dynamic Chassis Control, which allows the driver to adapt the suspension stiffness through Comfort, Normal and Sport modes. That choice also adapts the gear-shift points and throttle response accordingly.

HOW DOES IT DRIVE?

The GTI is well known for its refinement and handling and I’d be telling a fib if I said that it wasn’t a complete GTI. The added power is noticeable and the road holding is a notch up over its siblings. The steering is direct and it remains glued to the asphalt.

Push it to the limits and you’ll feel the understeer, which isn’t anything unusual on a FWD, but it scrubs it off with ease. The electronic differential provides a sharper turn in and you can get the power down earlier. In straight line sprints, there isn’t a noticeable difference, but I’m sure it will certainly knock off a few seconds in a proper track test.

In Sport Mode, the suspension stiffens up and you can feel the uneven surface but it still far more comfortable to drive than the Megane RS.

The DSG gearbox provides lightning shifts and there’s the typical orchestral burble through the gears as well. It has launch control, which provides for quicker 0-100kph sprints and gives it the edge when fighting off competition in a robot-to-robot drag race. 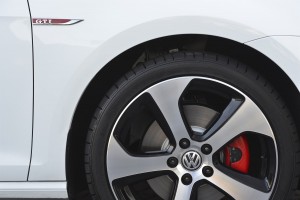 HOW DO I TELL IT APART?

Not easily as the Performance Pack version has the same basic styling kit and 18-inch Austin alloy wheels, although our test unit was fitted with the 19” Santiago wheels. But the eagle eyed will notice the red GTI logo on the back and the GTI logo on the larger red internally-ventilated brake discs, which now measure 340mm upfront and 310mm at the back.

On the inside, the Performance Pack is identical to the standard GTI. 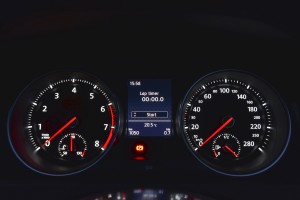 SO HOW MUCH EXTRA?

As a daily driven car, I personally see no difference. The standard GTI is a gem as a daily commute and only unless you’re planning to take it the track, the Performance Pack might be worth the additional spend.

However, for a slightly smaller price tag, you could drive the very special Renault Megane RS Trophy, a proper track ready car which includes the Bi-Xenon headlights, the R-Link system and much more.

eBizRadio is a live multi- platformed social media service providing an online forum to the business community for holding conversations on the key issues related to specific businesses as well as availing a space for cross-business collaboration in response to key issues affecting the world of business. The place to go if you want to know about business and lifestyle
Post Views: 2,952
Don't be shellfish...

END_OF_DOCUMENT_TOKEN_TO_BE_REPLACED

Teamwork and the concept of TEAMwork |#eBizEntrepreneur | Darlene Menzies 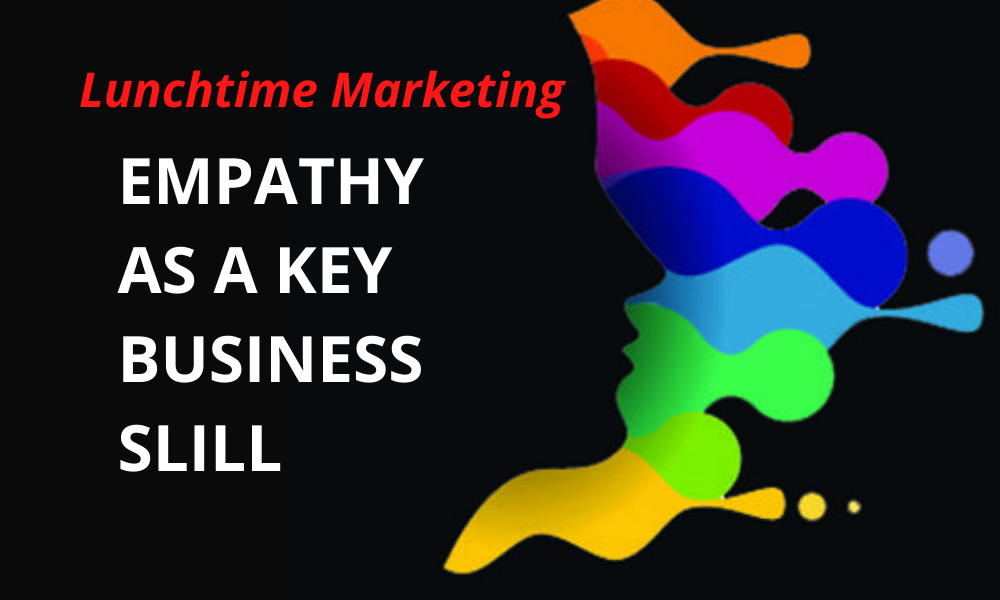