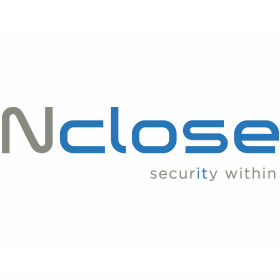 South African IT security specialists Nclose are seeing solid growth and – despite the lockdown – have just recorded their best quarter ever, thanks to the company’s unique focus on customer centricity and lean, agile operations.

Nclose, first registered by IT security specialist Martin Potgieter in 2006, went into operation under Potgieter and co-founder Stephen Osler during 2007 and 2008. From the outset, the founders sought to address a shortfall they saw in the market: “We both came from a security distributor background, and we realised that distributors were positioning the solutions, resellers were dropping the solutions and profiting, but nobody was helping the customers get real value from the solutions,” says Osler. “We wanted to fill that gap, building relationships and adding value for customers.”

The founders set out to do things differently. Leveraging their extensive technical and sales expertise, they rapidly grew their customer base beyond their initial target – SMEs – to major retailers and financial services business.

“People thought we were bigger than we were when we started,” says Osler. “Funny enough, now that we have a team of 40+ and an international presence, they think we are smaller than we really are.”

Nclose won the VeloCITI challenge in 2008, walking away with improved business management skills that helped drive Nclose’s ongoing success. “CiTi’s entrepreneurial support programmes are designed to assist dynamic entrepreneurs like Martin and Stephen. We are delighted to see how well they have leveraged the knowledge that they have gained by participating. It’s really tough being an entrepreneur and their collective talent was evident during their programme participation and their current progress further affirms this.” Says Ian Merrington, CEO of the Cape Innovation & Technology Initiative.

Potgieter says: “There were growing pains along the way. Initially, the sleepless nights were around where the next paycheck would come from. Then there was a steep learning curve when we started hiring people. It wasn’t always an easy journey, but it has been an exciting one – and we’re still learning.”

“An important element of what we learned through CiTi’s VeloCITI Programme was the need to define and instil a good company culture early,” says Potgieter. “We had already formed a culture of honesty, openness and customer centricity, but we have since formalised our values and keep pushing the team to maintain our values and live by our culture.” The team, working together in a flattened organisational structure, lives by values including ownership, commitment, innovation, client centricity, growth and development.

Nclose grew quickly, gaining numerous large enterprise customers and supporting those customers across borders into Africa, Europe and the Middle East. Referrals have seen further growth into international markets, and the company now serves customers throughout southern Africa, Mauritius, Switzerland, United Kingdom and Dubai out of offices in Johannesburg and Cape Town. The company’s reach is now being extended through partnerships across the Indian Ocean Islands.

This growth, with revenue growth averaging around 30% per annum, has not been hampered by South Africa’s slow economic growth and the Covid-19 lockdown. In fact, the company has just recorded its best quarter ever, says Osler.

Nclose attributes this ability to thrive in tough times to its ‘conservative’ approach to growth: instead of investing heavily in growing the team, the company takes a lean and agile approach, harnesses automation and optimises processes to deliver more with its existing resources.

“Now is the time to be more dynamic, keep business processes lean and look at innovation and automation to deliver,” says Osler. “Despite our growth and the implementation of a very professional project management team, we still have an emphasis on delivering like a small business. We’re very relationship based and remain true to our culture of not being bulky or slow to move – we’re still very agile.”