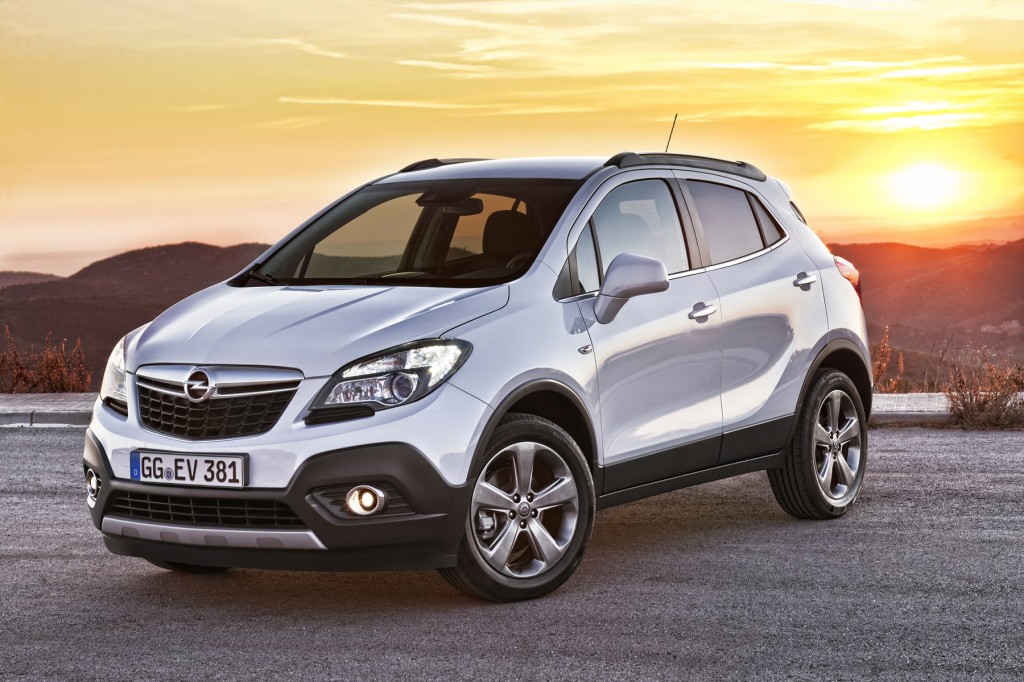 Car Magazine’s reigning Top 12 Best Buys champion it may be, but the 11th-generation Toyota Corolla certainly hasn’t had things its own way since arriving on the scene.

But, even after narrowly losing out to the Kia Cerato in a Car Magazine’s comparative test, the Corolla range claimed the category win thanks to Toyota’s enviable reputation for reliability, impressive resale values and unmatched levels of dealer service, as well as offering a wider range of engine options – including a turbodiesel – than its closest rivals.

While the previous-generation Corolla range was topped by a 2.0L D-4D diesel derivative, market-related pressures on efficiency and emissions have forced all manufacturers, particularly those competing in maximum-value-for-money segments such as the one for compact sedans, to explore ways of letting its customers’ hard-earned money travel that much further. 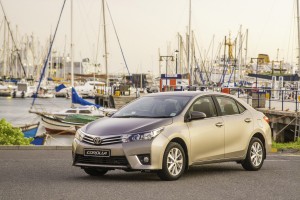 A benefit of the new Corolla’s reduction in body mass is that engines previously not considered for vehicles of this size now come into play. The new (1DN-TV) 1.4 D-4D unit, first introduced in Europe-bound Yaris models, therefore replaced the older 2.0-litre unit.

It’s a characterful and refined engine that doesn’t necessarily adhere to the notion that a turbo-diesel powertrain needs to offer stomach-churning amounts of low-down torque, but rather enough to allow relaxed yet steady progress. 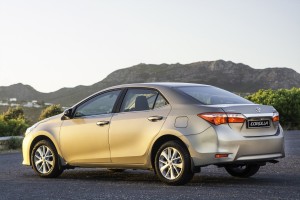 Mated exclusively with a six-speed manual transmission, its 206 Nm is still 32Nm more than the now top-of-the-range 1.8L petrol option delivers. Use the lightweight clutch and precise gearshift to efficiently keep the rev needle hovering between the 2 000-4000 rpm marks and the engine goes about its business with minimal fuss.

A glance at the overtaking-acceleration times for this model will tell you there’s not much room in which to play either side of this optimal range, but this should not be a problem once the performance characteristics of this engine are learnt. Reserve sixth gear for the open road and the powertrain settles into a comfortable rhythm.

If we’ve encountered one challenge with modern small-capacity turbocharged engines in our market, it’s been trying to match the manufacturers’ claimed fuel-consumption figures. Much like the recently tested 0.9L Renault Sandero, the efficiency benefits of these engines are potentially hamstrung by the need to keep them operating within their optimal rev bands.

While Toyota claims 4.5-litres per 100 km for its newest D-4D-powered entrant, we achieved a more realistic (yet still impressive) figure of closer to 6.0-litres per 100 km. Carbon emission are set at 119 g/km, which is under the regulated tax emission of 120g/km, hence it doesn’t have an emission tax. 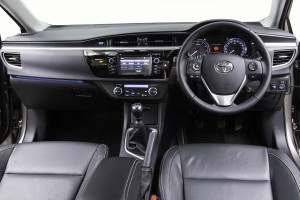 The inclusion of a leather bound (multifunction) steering wheel and gear lever to complement full-leather upholstery on Prestige models adds a touch of class to an otherwise spacious and comfortable interior. While the somewhat dated, squared-off facia isn’t to everyone’s liking, the layout of all controls is nevertheless neat and easy to use. Similarly, a full bouquet of audio functionality is operated via icons on the standard touchscreen.

If we have a lingering concern about the newest Toyota, it’s the quality of the materials and workmanship, most obviously the door panels and the plastic that is scratched and marked far too easily. While this may seem trivial in this value-led segment, it has to be mentioned in light of the emphasis currently being placed on perceived quality by some of Toyota’s rivals.

It comes standard with four airbags, onboard display, aux inputs, Bluetooth, isofix child seat mountings, and a rear camera for parking, among others.

Where the Corolla continues to impress is with its refined and impressively compliant ride quality. The combination of 16” rubber and a near perfectly damped suspension setup for average South African road conditions ensures class-leading levels of occupancy comfort, as well as more than enough hand-ling prowess for this modestly powered model not to miss the presence of traction control. 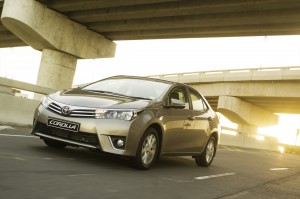 Perhaps it’s as a result of the impressive levels of powertrain refinement, but there’s a welcome fluidity and air of sophistication to this particular Corolla package. Despite some nagging build-quality issues, the latest D-4D-powered Corolla feels more European than the 1.6L petrol which its shares with the Corolla Quest. The added advantage of a relatively competitive price tag for the full-house D-4D Prestige model adds further appeal to this option.

While the conservative performance of this diesel engine leaves it vulnerable to the latest-generation small-capacity petrol units fitted to the current Volkswagen Jetta line-up, there’s little doubt that the D-4D is the pick of the award-winning new Corolla range.

eBizRadio is a live multi- platformed social media service providing an online forum to the business community for holding conversations on the key issues related to specific businesses as well as availing a space for cross-business collaboration in response to key issues affecting the world of business. The place to go if you want to know about business and lifestyle
Post Views: 622
Don't be shellfish...