By eBizRadioJuly 20, 2021No Comments4 Mins Read 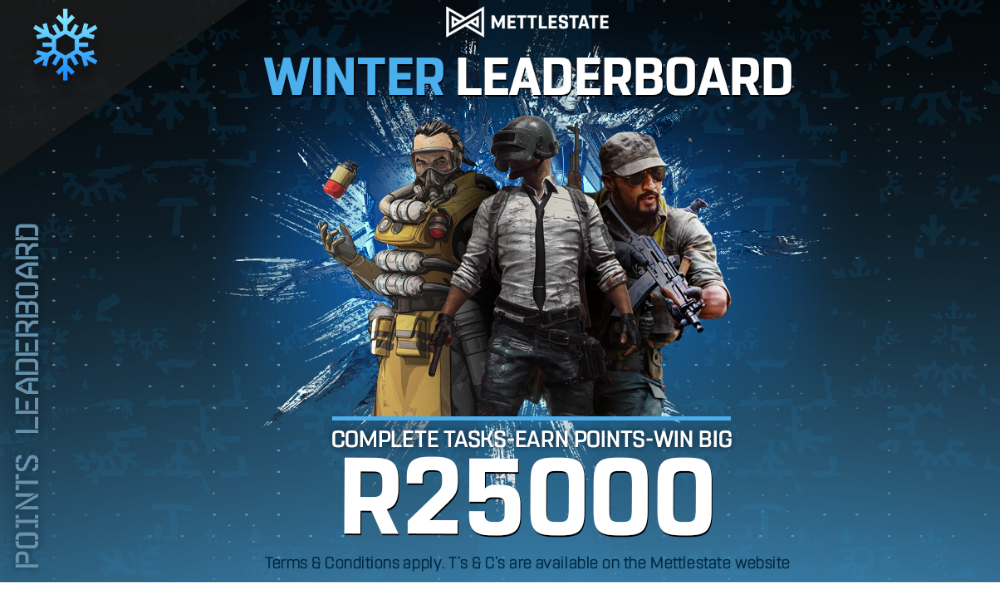 Esports and gaming hub Mettlestate had a busy month in June, reaching 100 000 gamers on the Mettlestate website – a milestone that is testament to Africa’s fast-growing gaming community. June also saw the successful conclusion of the ROG Invitational III, with a prize pool of R 100 000, R50 000 of which went to the winning team. Mettlestate also announced  new partnership agreements with Uber Eats, Steam and Krispy Kreme, and the addition of two new gaming titles to the Mettlestate gaming platform, the Forge. On 1 July, Mettlestate launched their online store – a new home for gamers looking to add to their collections of merchandise and apparel.

The Mettlestate online store – “Having been a part of the South African gaming and esports community for so long, we realised just how challenging it can be for local fans to get their hands on merchandise from their favourite titles,” says Barry Louzada, Managing Director and Founder of Mettlestate.

He adds, “Ordering from overseas stores can have its disadvantages – like lack of local support, items going missing in the mail frequently and long waiting times. We hope that our store will make it easier for South African gamers to get the things they want quicker, more safely and with a lot less fuss”.

The Mettlestate store is now live, and local gamers can browse and shop for merchandise from top titles like Minecraft, Fortnite, DBZ and others. The store stocks apparel, collectables (like figurines), vapes and vape accessories, and other sought after items that South African gamers may have struggled to find locally before.

Winter Leaderboard – On 2 June, Mettlestate launched its Winter Leaderboard, which will run until 31 August 2021. With R 25 000 in prize money up for grabs for the person with the highest number of points at the end of the winter season. To compete, players need not register. They just need to complete a series of tasks to be added to the board. Every time a task is completed, the player will earn points. The more points the player earns, the higher they will rank on the leaderboard.

Players can find out more at www.mettlestate.com/leaderboard.

New partnerships and giveaways – The growing trend of corporate partnerships with gaming entities has gained unprecedented momentum during the COVID-19 pandemic, as corporates in South Africa become increasingly more aware of the loyal fan base and captive audience the gaming community represents. Most recently, Mettlestate gained the support of Uber Eats and Krispy Kreme. First time Uber Eats users on the Mettlestate website will qualify for 75% off their next purchase when they enter a unique code, and Krispy Kreme will be providing weekly voucher giveaways for 12 glazed doughnuts to each winning user.

Mettlestate will also be giving away R250 Steam vouchers every week to users who join the Mettlestate Discord server. All winners will be notified via an official Mettlestate email or the website. These giveaways will continue for the foreseeable future.

100 000 gamers and counting – Mobile gaming in South Africa is growing exponentially, and the hype about competitive esports with it. Testament to this rapid growth is Mettlestate’s milestone user base of 100 000 – a number that was officially reached on 07 June 2021.

Barry Louzada enthuses, “We are so proud to provide a home online to thousands of gamers in Africa, and humbled by the ever-growing support they continue to give us. We hope to see esports in Africa keep growing and to provide opportunities for African gamers to shine on the world stage”.

New game titles – On 15 June, Mettlestate added two new game titles to their portfolio of online games, in which local players can participate. League of Legends: Wild Rift and Clash Royale join the ranks of many other popular games featured in the Forge. More details are available on the Mettlestate website.