Call us today!
Email Us: [email protected]
Latest News
Insights on Data 9 : Actionable Intelligence further examined |…Insights on Data 8: Actionable Intelligence and how it’s the…How to make your brand stand out in a pandemic…Synthesis ‘taps’ into the future of payments | #eBizWiresPockets of opportunity can always be found in adversity |…Insights on Data 7: POPI gets implemented; now to help…Covid-19 killed traditional disaster recovery | #eBizInsightsNGO’s during the Pandemic; Hope at the Darkest of times|…The ‘new normal’ way to operate your business | #eBizWiresThe business of sports broadcasting – live sport is back!… 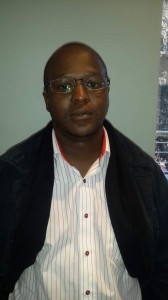 In terms of audiences, football – if you didn’t already know- is huge in Africa and the English Premier League has a very large, very loyal following.
In South Africa, by standards of any country who deem themselves die hard followers of the sport of football, we have a very poor match attendance culture, which helps to explain to some degree the appetite for the overseas content.

We prefer to sit at home or have friends over for major sports events. The anomaly of course being the 2010 FIFA World Cup hosted in this country, but as mentioned this is not the norm.
In general we just do not go to live football games in South Africa; a possible reason for this is that the fans of the English/European football have a high expectation for the general quality of the football they watch, one which can’t often be met by South African clubs (or the national team to be honest).
Exceptions such as the Soweto derby between Kaizer Chiefs and Orlando Pirates do occur, but then again those two clubs have the largest fan base in the country.

According to Supersport and AMPS, football is the most watched sport in the country with the English Premier League reaching over 40 million South Africans (All Adults 15+) over the space of a 10 month season.
If we look at the data, you will see on the graph below  that 2012/2013 season had higher total viewership for the selected Manchester United fixtures, whilst in 2013/2014  the audience declined by 18%.