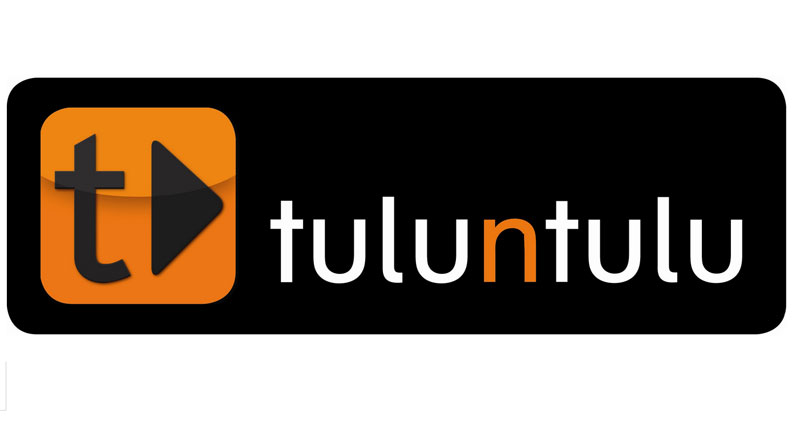 Global consumer demand for video content over the Internet is borne out by the fact that over 800 million unique users visit YouTube each month, watching in excess of 4 billion hours of video. Interestingly, 70% of YouTube traffic comes from outside the US. Currently 25% of global YouTube views come from mobile devices with people watching one billion views a day on YouTube mobile.

Traffic from mobile devices tripled in 2011. In the USA approximately 8% of mobile video is now watched on tablets and / or smart phones.

Developing markets have however been left behind in the great digital divide due in part by the cost of smartphones but more importantly by the connection the phone has to the Internet. Currently streaming video only delivers an acceptable experience on 3G or faster networks. These Networks are next generation networks and are not unlikely to have great penetration in developing markets.

Whilst mobile phone penetration in developing markets such as India, Indonesia, China, Brazil and Africa continues to grow at exponential rates, access to the internet, and in particular access to video on the internet is constrained by use experiences of slow download speeds which results in consumer frustration and subsequent disuse. 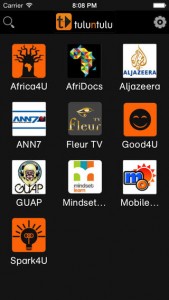 The ARTIST technology is unique and only Tuluntulu can deliver on EDGE below 85kbps. This technology gives the Tuluntulu a technological advantage, particularly in developing countries, thereby positioning Tuluntulu as the gateway to mobile content distribution in the underserviced developing world. 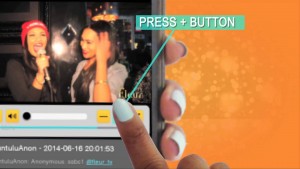 Tuluntulu is a content distribution platform for mobile phones. It is designed to meet the challenges of the developing world’s congested mobile networks and low-bandwidth environments.
It offers users an affordable, uninterrupted viewing experience. Content creators and advertisers have access to a potential audience of millions and the opportunity to create streamed channels that serve unique content to consumers.

Tuluntulu’s platform, Adaptive Real-time Internet Streaming Technology (ARTIST) has been in development for over six years.
It is the product of a consortium of researchers and engineers from the Council for Scientific and Industrial Research (CSIR), the University of Cape Town (UCT), and East Coast Access (Pty) Ltd (ECA), a BEE Internet service provider.
The Technology Innovation Agency (TIA) supported the consortium with R14,5 million funding. Media entrepreneur Pierre van der Hoven created the company Tuluntulu to take the platform to market. The purpose-built company holds the licence to ARTIST, which has been patented in several countries across the globe. 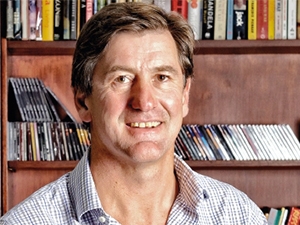 About Pierre
Pierre has over 20 years experience in the media industry. He is a qualified Chartered Accountant and Chartered Marketer. His MBA (Henley) thesis focused on the international media business.

It all started at the South African Broadcasting Corporation (SABC), where he occupied various financial and strategic positions, which gave him experience across all broadcasting, technology and content disciplines.

And then the entrepreneurial drive took over … he is a founder of a number of media companies including eTV (the only commercial free-to-air television in South Africa), YFM (the largest regional radio station in South Africa), Yarona FM (a regional radio station in Botswana), and Three Blind Mice Communications (a digital signage company). TBM at the time pioneered digital signage using satellite-multicasting (Video over IP). TBM won numerous awards, and Pierre was appointed by the SA Government as an innovation ambassador.

The convergence space led him back into broadcasting, and multiple platform content distribution (TV, mobile, internet). In 2007 he started a destination marketing company, Southern Africa Direct, marketing the Southern African region across multiple platforms using video. The first distribution channel was a 24/7 TV channel on SKY (UK), broadcasting a mixture of lifestyle and culture, travel and tourism, business and public affairs information. The other primary distribution was with online video (streaming and on-demand).

In early 2010, he re-started a consultancy business called Baobab International focusing on the Web 2.0, social media, and online video as well as the media and travel / tourism industries. In March 2011 Pierre was part of the team that launched Southern Africa Report – an online bulletin of political and economic intelligence.

eBizRadio is a live multi- platformed social media service providing an online forum to the business community for holding conversations on the key issues related to specific businesses as well as availing a space for cross-business collaboration in response to key issues affecting the world of business. The place to go if you want to know about business and lifestyle
Post Views: 474
Don't be shellfish...

END_OF_DOCUMENT_TOKEN_TO_BE_REPLACED

The business of Tourism Radio | #BizInsight with Mark Allewell