By eBizRadioOctober 6, 2016No Comments6 Mins Read

My word, there’s a lot of gushing going on. Even before it was launched earlier this year, BMW’s M2 was touted as an M-car to rival all before it. And now that it’s on the streets, an international jury of petrohedonists has unanimously decided that Beemer’s latest performance coupe is the closest thing on four wheels to handling nirvana.

Okay, I made that last part up. But seriously, if you scour the internet for M2 reviews, you’ll be hard pressed to find one not dishing up full marks at the end of lyrically waxed reviews. The general consensus among those in the know, is that this car corrects most of its M4 sibling’s imperfections, and delivers a more driver focussed feel than any M derivative in nearly two decades. 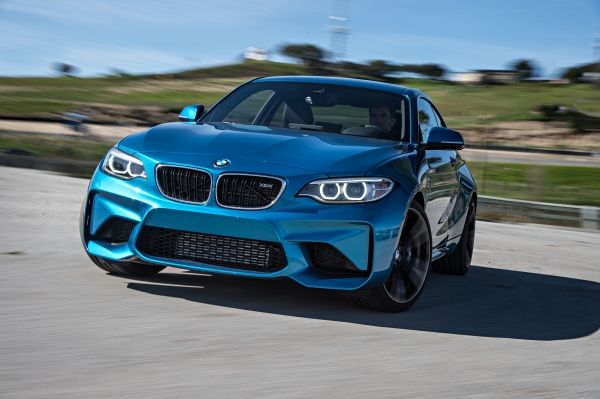 We had the M2 on test last week, and on one journey home from the office a guy in an E36 M3 coupé with what looked like a genuine AC Schnitzer conversion made bowing gestures toward me through his side window at a robot. Clearly a man of taste, but with hierarchical confusions.

So what’s all the fuss about? Is this latest creation truly worthy of such high praise? Or is it just another case of hot today, not tomorrow?

To be honest, I myself waxed lyrical about the M2 since spotting one in Wellington, New Zealand. For me, it’s mostly about dimension. It’s based on an ordinary 2 Series, which is already a compact and fair handling package, but with much of the bigger M4’s suspension grafted onto its four corners. A much wider track necessitates wheel arches blistered by 55mm at the front and 80mm at the rear, and with its newfound stance it looks like an angry touring car with an appetite for racetrack kerbs. 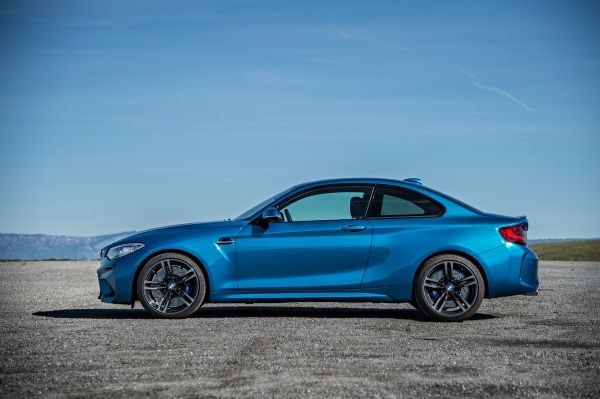 Make no mistake, an M4 (M3) is a fine performer. But it’s become a big, almost GT-like car in its latest iteration. I know I’ll be lambasted for saying so, but an M4’s skill set is more in tune with fast, long-distance mileage than millimetre perfect apex precision. The M2 is a wieldy weapon in comparison.

Its relatively short wheelbase means it can pivot on a tighter axis, and it reacts to mid-corner adjustments with immediacy and pinpoint precision. Steering feel is extrasensory. At our handling test track there’s a tightening right-hander perfect for assessing front-end grip, and the very moment its 19” tyres lose adhesion it sends the message in an almost telepathic way. At which point, you can choose to regain traction via brief throttle lift or, better yet, tease the tail around with a right foot prompt. Its Active M Differential, also taken from the M4, is happy to produce a powerslide when you are. 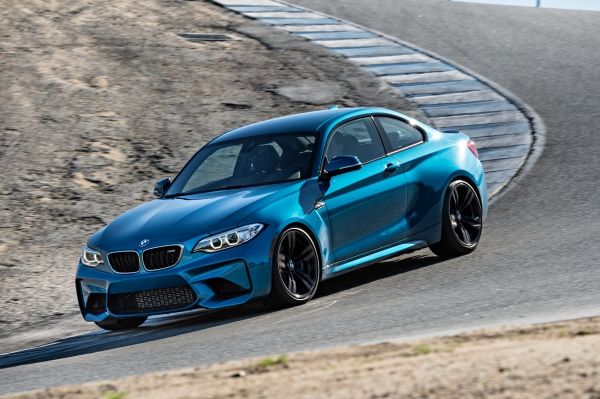 The brakes too are direct M4 transplants, and after repeated hard laps showed zero sign of fade. They’re of conventional steel construction (not carbon ceramic), but are cross-drilled and beefy in size – 380mm front and 370mm rear. BMW can also sell you some competition pads if weekend hot-lapping is your vibe, but standard equipment seems very up to the task as is.

A seven-speed twin-clutch autobox (yep, also lifted from the M4) does gear duty and does it well. Changes are short and sharp, and can happen either by way of steering paddles or auto mode. A six-speed manual is also available for the purists out there, but its downshift auto-blip feature (only defeatable with ESP switched completely off) is a cheesy inclusion in my opinion. Trust me, the M DCT is a better choice, especially if outright performance is bottom line. 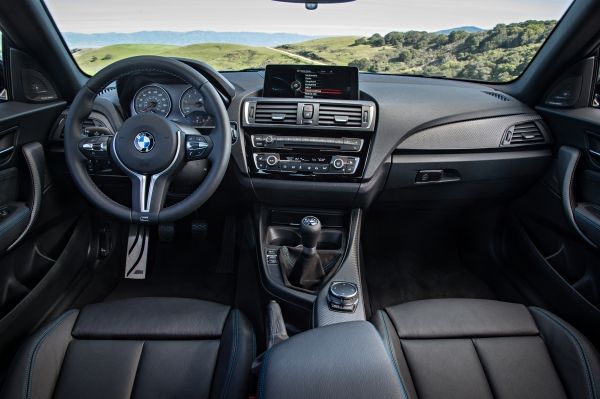 And, in terms of outright performance, the M2’s no slouch. Its built-in launch-control system was a bit ornery, activating once in every six attempts at our test track, but eventually we secured a best 0-100kph acceleration figure of 4.6 seconds with a quarter- mile time of 12.9. These numbers square it up almost exactly with the latest Audi RS3 (as confirmed by a Vbox test equipment) – a car with an obvious traction advantage but a bit short of torque compared to the Beemer.

The M2’s 3L straight six is good for 272kW and 500Nm (the Audi’s 2.5 comes with 270/465), and while it’s shy of the M4’s 317kW and 550Nm we feel it’s an output nicely suited to the M2’s size. The engine here is a single turbo unit closely related to the twin-turbo version in the M4 but, interestingly, and despite shared internals (ie. pistons, crank) the M2 and M4 come with very different exhaust notes. The M2’s is deeper, gruffer and better if you ask me, but still BMW insists on supplementing genuine tailpipe noise with piped-in electronic fakery. A mild annoyance on a nearly perfect package. 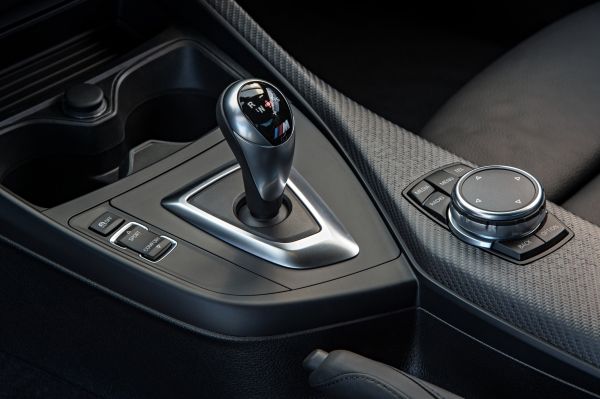 But it doesn’t come cheap. The base spec manual will set you back around R860 000, while the DCT will cost you R914 000. That’s a chunky difference to your bank but the DCT will probably be favoured over the manual locally. It’s only the purist driver who’ll settle on the manual for now.

But due to the limited number of units brought to SA, the M2 is already commanding ridiculous prices. An Autotrader search revealed that the cheapest M2 on sale to the used car market is R1.2 million. That’s a lot of money for a car but, I guess, there’s always somebody willing to pay the price.

The best BMW ever? Of course not. The best M-car in two decades? I’d say so.