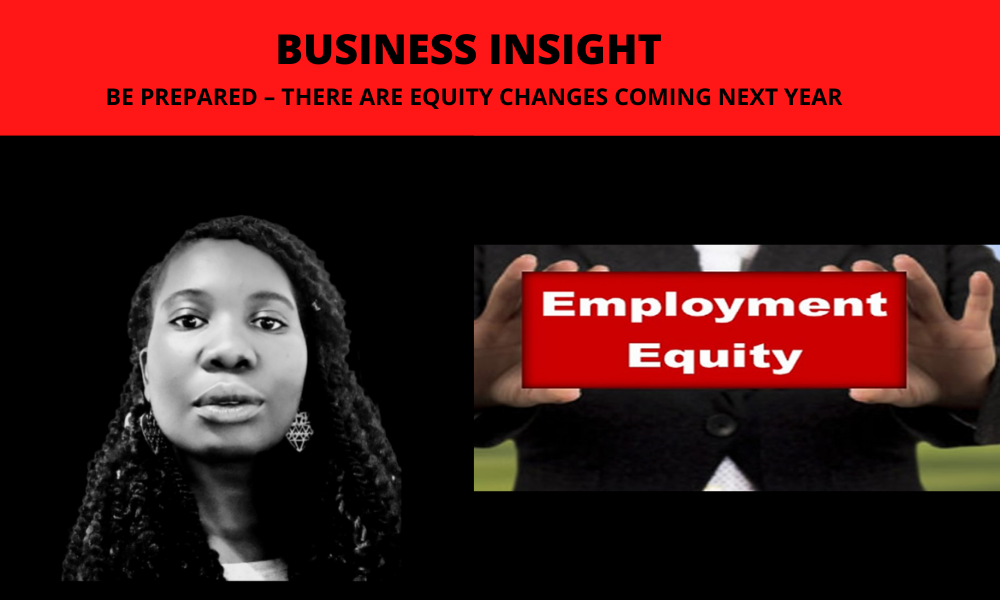 As of next year, South African businesses may in for a major paradigm shift – and it will be mandatory – as it has been announced that the Employment Equity Act of 1998 is being amended. The Department of Employment and Labour hopes that the amended act will take effect in 2022. Employer branding agency Universum unpacks some of the finer details and possible pitfalls.

One of the major changes in the works is that the Employment and Labour Minister will have the authority to set specific employment equity targets for different business sectors. Different occupational levels, sub-sectors or regions can also be determined by the Minister. According to the Ministry, the aim of the new legislation is to put revised rules into place for business dealings with the government and to reduce the regulatory burden on small businesses.

Ntsoaki Mamashela, the Department’s Director of Employment Equity says, “The expected introduction of five-year sector targets will mark the beginning of a clean slate. All current employment equity plans will fall away on 22 September 2022, and the new plans will have to be aligned with five-year targets. Self-regulation has not worked.”

It has been clarified that sector engagements on sector targets, which began in 2019, will continue. Several sectors, including mining, financial and business services, wholesale and retail and construction have already been in talks. The new EE Bill is now expected to go to the National Council of Provinces for consideration.

According to the Government page, the Amendment of the EE Act of 1998 is intended:

All 18 economic sectors had already been engaged with by 30 June 2021, and agreement has been reached with the financial and business service sector. Written responses to the proposed sector employment equity targets have been submitted by the remaining 17 sectors and are being analysed by the department. Follow-up engagements will take place until a consensus is reached.

“It is envisaged that the sector engagements will be concluded by February 2022 with proposed targets,” Mamashela added.

Is there cause for concern? Some sectors have warned that the new targets could be a disadvantage to the economy, despite other sectors welcoming the proposed changes.

According to news sources, Telkom’s Siyabonga Mahlangu told parliament in April that it was already a challenge to make appointments and the new targets will be even more difficult to attain. He added that South Africa was already facing a tough economic climate.

“The unilateral imposition of targets by the minister – which may not be practically implementable by electronic communications, operators and industry stakeholders – may have the unintended effect of threatening existing jobs in a difficult economic climate.”

AgriSA’s Christo van der Rheede added his voice to the concerns, stating that although lack of transformation in the agricultural sector needed to be acknowledged, sector-based consultations needed to take place as the employment and labour minister was being given too much power.

“The imposition of one-size-fits-all approach for targets would unlikely achieve the results we all yearn for. The agricultural sector is faced with a skills gap, and this remains a challenge in filling critical posts in the sector,” he said.

Pabi Mogosetsi, Employer Branding Advisor and Country Manager for Universum South Africa comments, “In challenging economic times, business at large in South Africa is collectively holding its breath to see the ultimate effects of the new legislation in action. Whatever those effects may be, however, it would seem that the change is inevitable – whether it proves to be economically sustainable or not”.

She concludes, “Businesses should brace themselves for the change and now is the best time to start preparing for readiness. The Department of Employment and Labour’s changes could result in closer scrutiny in terms of compliance and it is critical that employers are mindful of what’s to come”.

Behind the scenes – Universum is the global leader in employer branding. Advising the leading employers in the world to better understand, attract and recruit talent. During our 30+ years we have established ourselves in 60 markets with 20 offices covering the world. Our solutions are actionable research, strategic advisory, data driven communication solutions – and being a pioneer in social media solutions in the world for talent branding, sourcing and analytics. A trusted partner to over 1,700 clients, including many Fortune 500 companies, as well as global media partners that publish our annual rankings and trend reports, with 2,000 partner universities worldwide conducting research on the career and employer preferences of top talent. Universum surveys on an annual basis over 1,000,000 students and professionals worldwide.